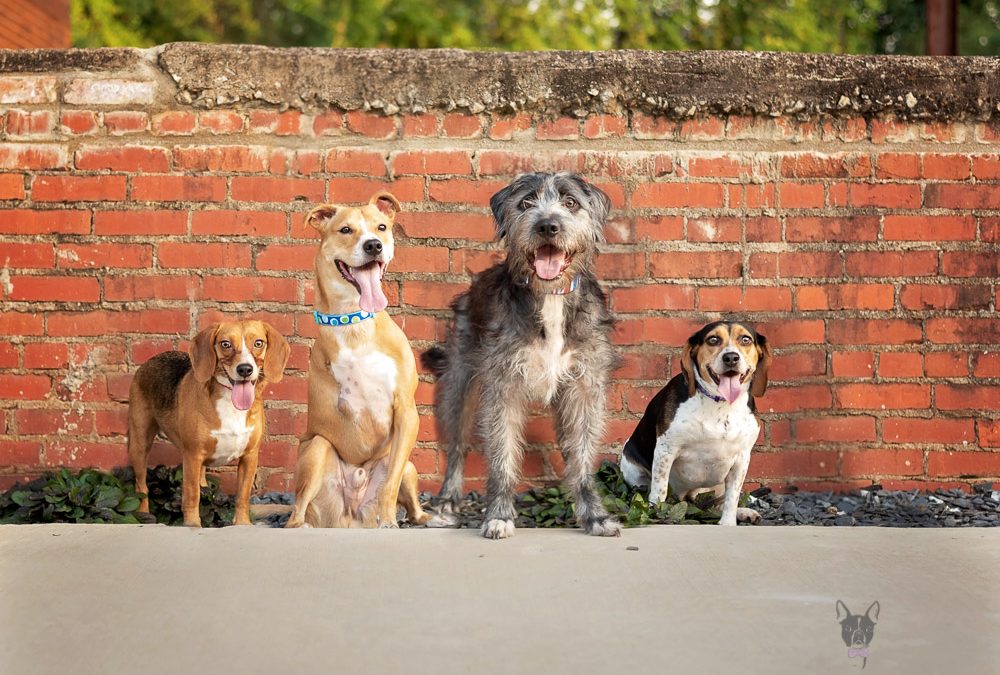 It’s so fun to photograph dogs I once rescued and named! All four of these babies were adopted by my friend Tara. Tara and I worked together at the Humane Society for several years.

Miss Apple (far right) was rescued first nearly ready to pop with babies. Apple only survived her pregnancy, which required an emergency C-section on a Sunday, because Tara got a feeling she was in trouble. It’s one of my most vivid rescue memories standing in the back of the vet clinic watching a cesarian. Apple’s two puppies were Fuji & Crabapple. They were quickly adopted as soon as they were old enough. Tara and Apple had formed an incredible bond and Apple could be home no where other than Tara’s home.

Collier was next to join the family. When we picked Collier up from animal control he was absolutely terrified. He couldn’t even walk he was so afraid and I had to carry him to the car. Tara spent days sitting in his kennel with him teaching him that people can be good and not to be so scared.

Mowgli was third to the family and adopted as puppy. Mowgli and his siblings came from a rural animal control facility and Mowgli’s front legs were both damaged with old breaks. While the vet knew we needed to amputate one, it was difficult to decide which leg needed to be amputated the most. Tara’s two girls both have an affinity for special needs pets and doted on Mowgli. They helped in through his surgery and continue to help him navigate the world.

The newest addition is Bunny. Bunny is a petite Beagle, Tara’s breed weakness. Bunny too came from animal control petrified of everything. Tara tried hard to resist, but again after spending days and days sitting with Bunny and comforting her they had developed a bond and Bunny was home. 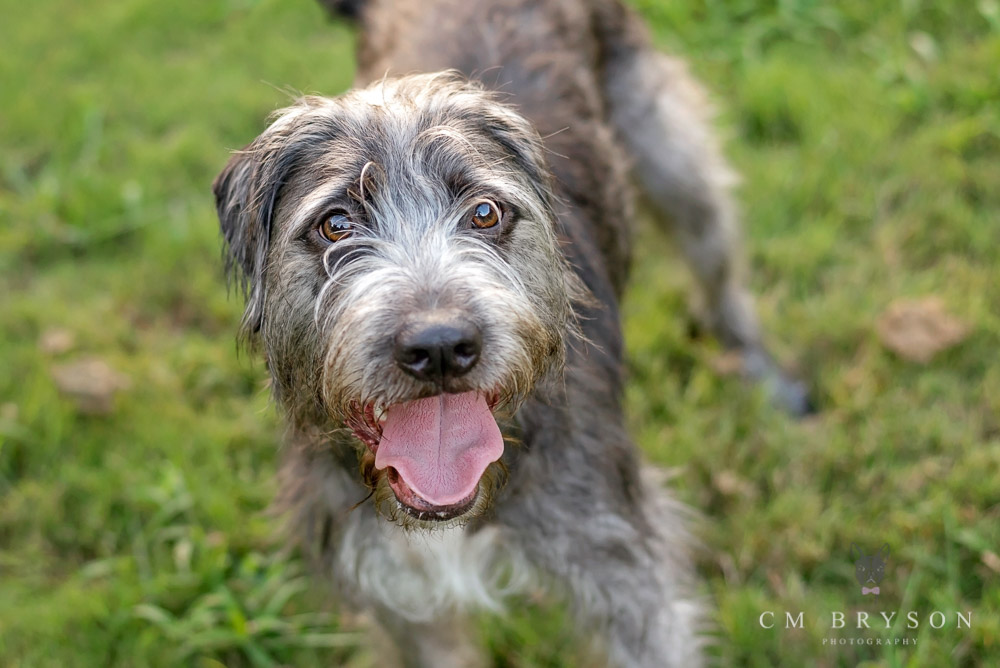 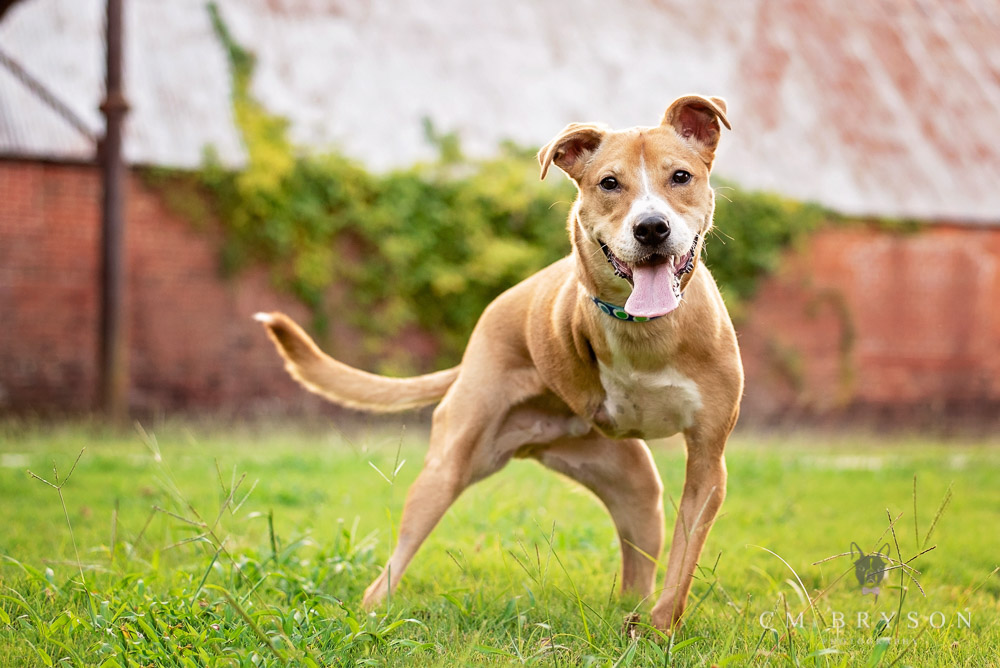 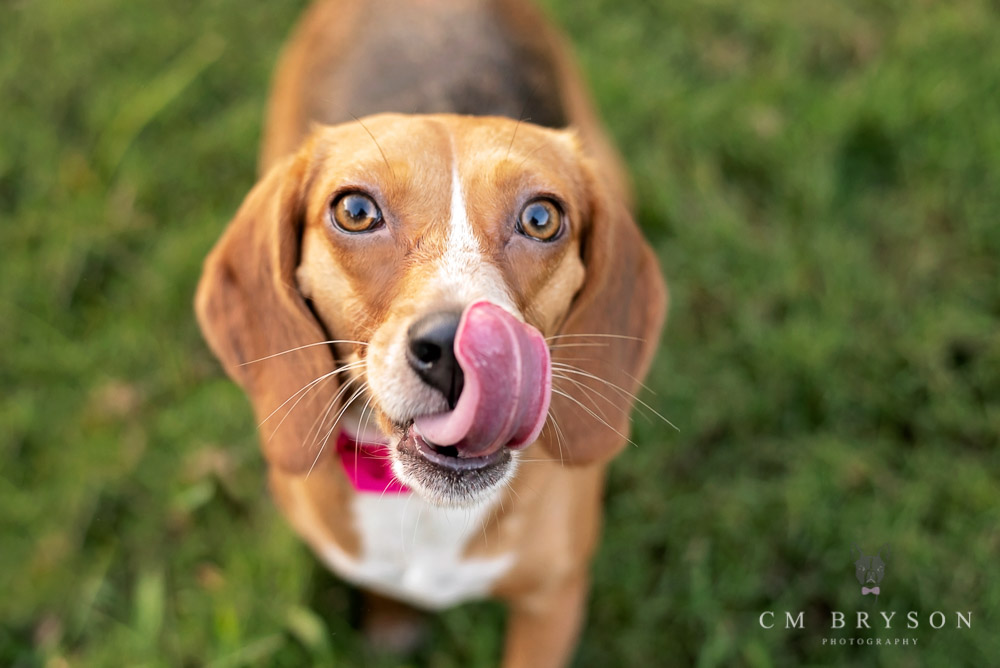 As we knew several of Tara’s dogs can be a little timid in new places, we wanted to avoid a crowded or busy place. Tara and I decided to hold the session at Empire Mills in Madison, Georgia. Empire Mills is a gorgeous wedding and event venue on the weekends, but during the week it’s quiet and tucked away from the downtown area making it perfect for dogs that like things a little quieter.

Being able to plan out your session and get to know you and your dog(s) prior to our photo shoot allows me create a custom experience that will make you and your dog feel comfortable while bringing out their best. If you have any questions about planning a session, please get in touch. 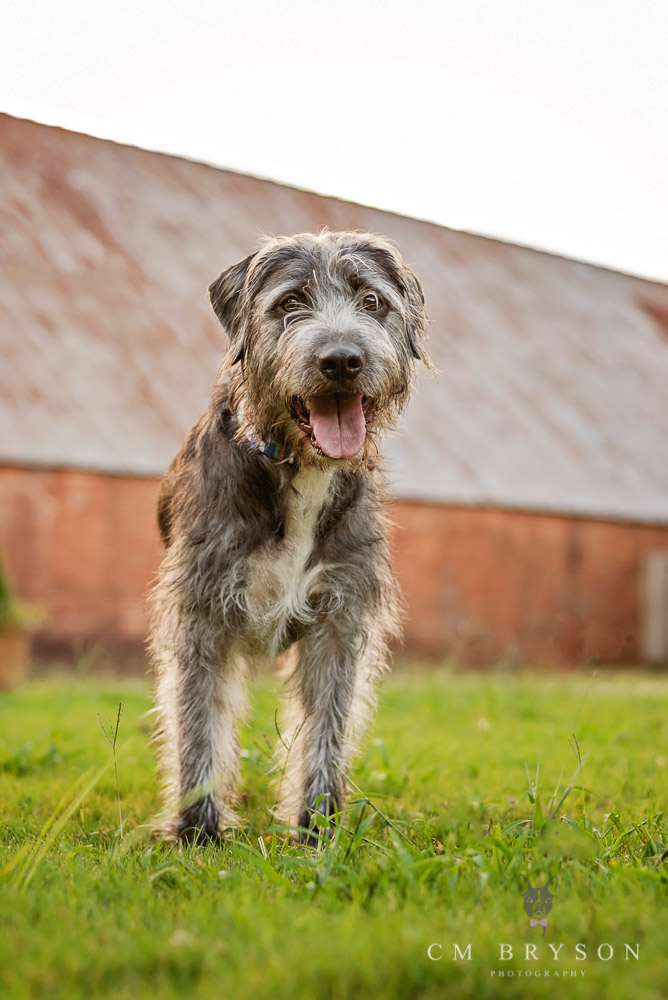 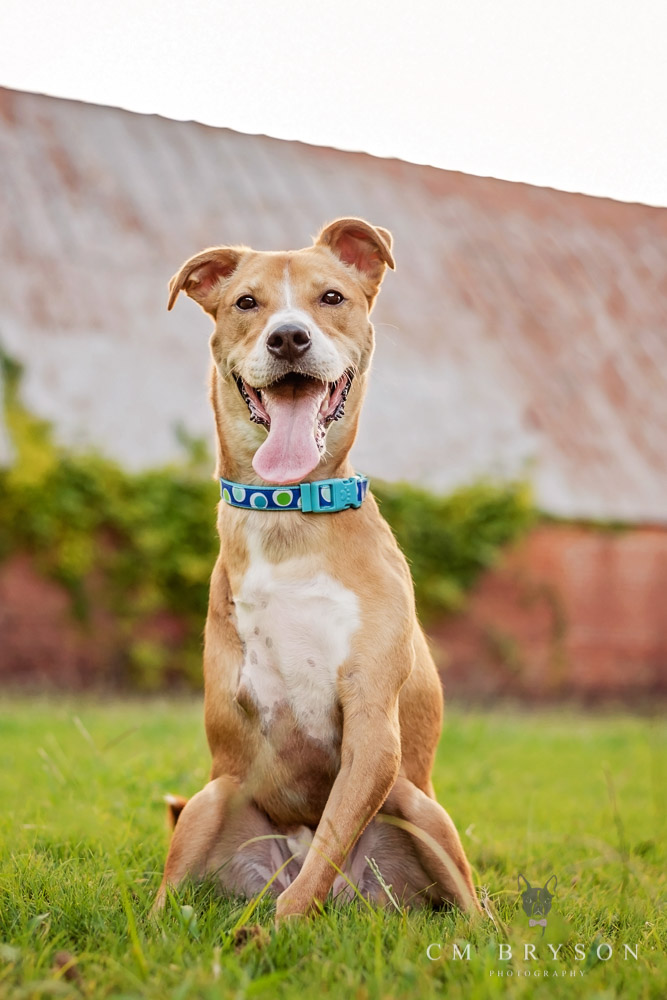 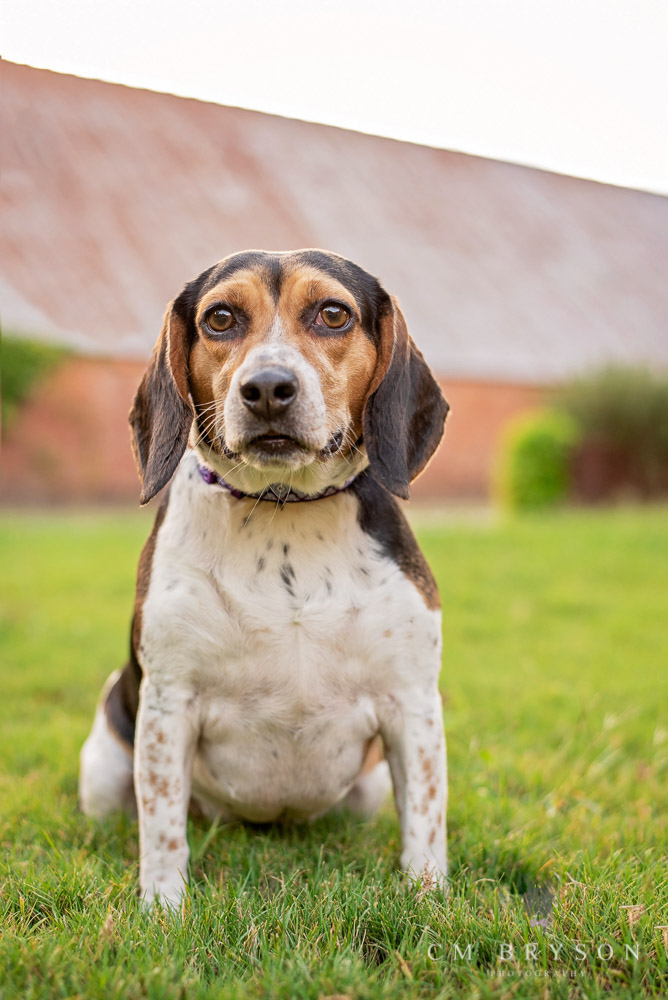 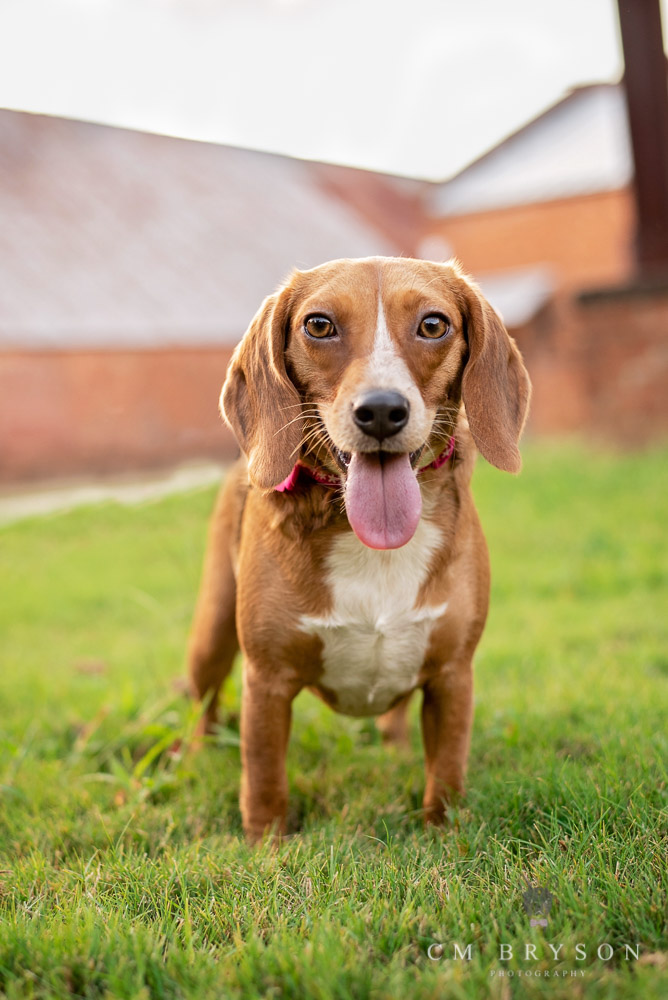 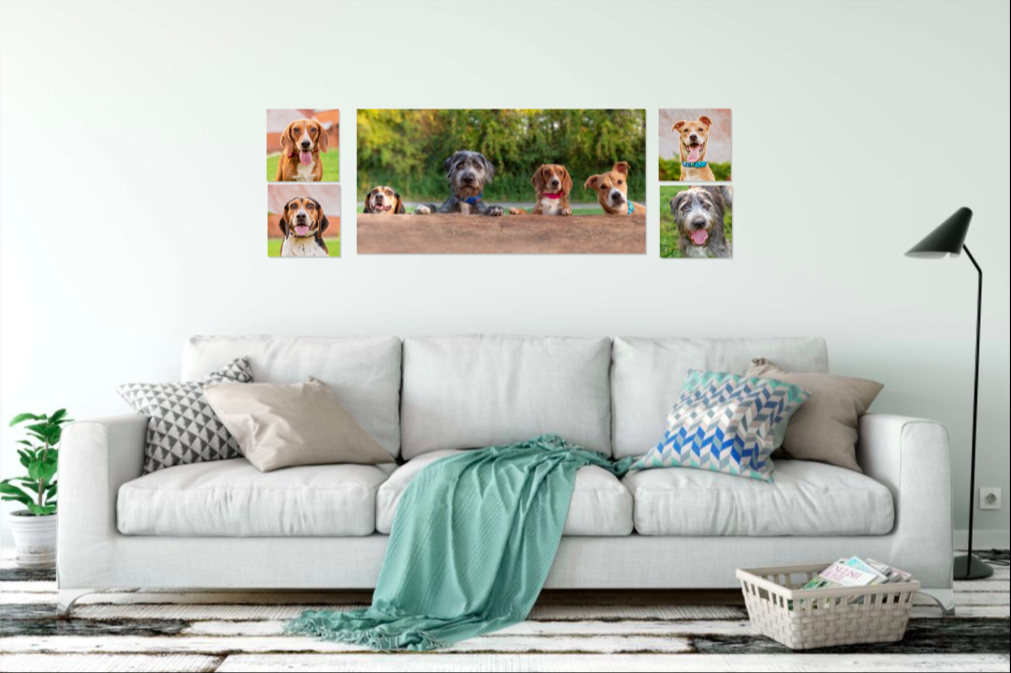 One of the things I ask when we are planning your session is how you would like to display the images we create together. While you don’t need to decide anything specific until you’ve seen your images, it’s good to have some ideas going.

Many of my clients choose a wall art piece or gallery for a few of their favorite images and then place their other favorites in an album or folio.