Dogs on Deployment – Military Pet of the Year – Military Veteran & Her Dogs in Augusta, Georgia

Military Pet of the Year

I was honored to be contacted by Dogs on Deployment, a national 501(c)(3) non-profit providing a central network for military members to find volunteers willing to board their pets while they are deployed or have other service commitments, making them unable to temporarily care for their pets, with an opportunity to photograph Kali, 2020’s Military Pet of the Year.

When I read Liz & Kali’s story, I knew I wanted to be involved. “Kali deserves to be the Dogs on Deployment’s Military Pet of the Year because she is a loyal and loving dog.” While many owners choose to rescue a dog, Liz believes Kali rescued her by helping her recover from two strokes, gave her purpose, and helped her rejoin her community during her recovery. “I was alone and going through a very tough time. She helped me get through a very difficult time,”

Kali, Liz, (& Kali’s pit bull brother Kaos) live just outside of Augusta, Georgia, which isn’t too far down I-20 so we made a little overnight getaway to capture Liz, Kali, & Kaos in beautiful historic Augusta, Georgia. 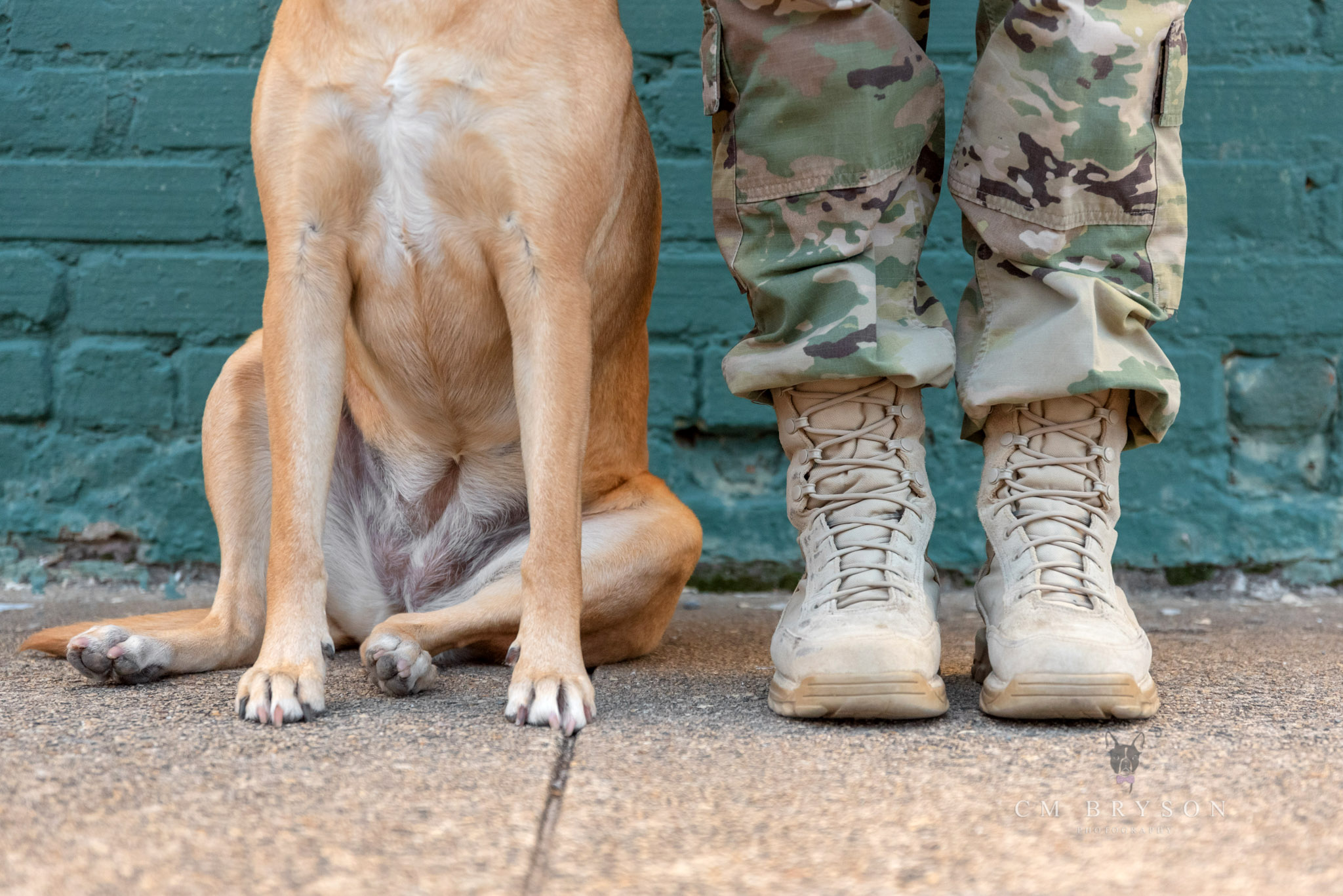 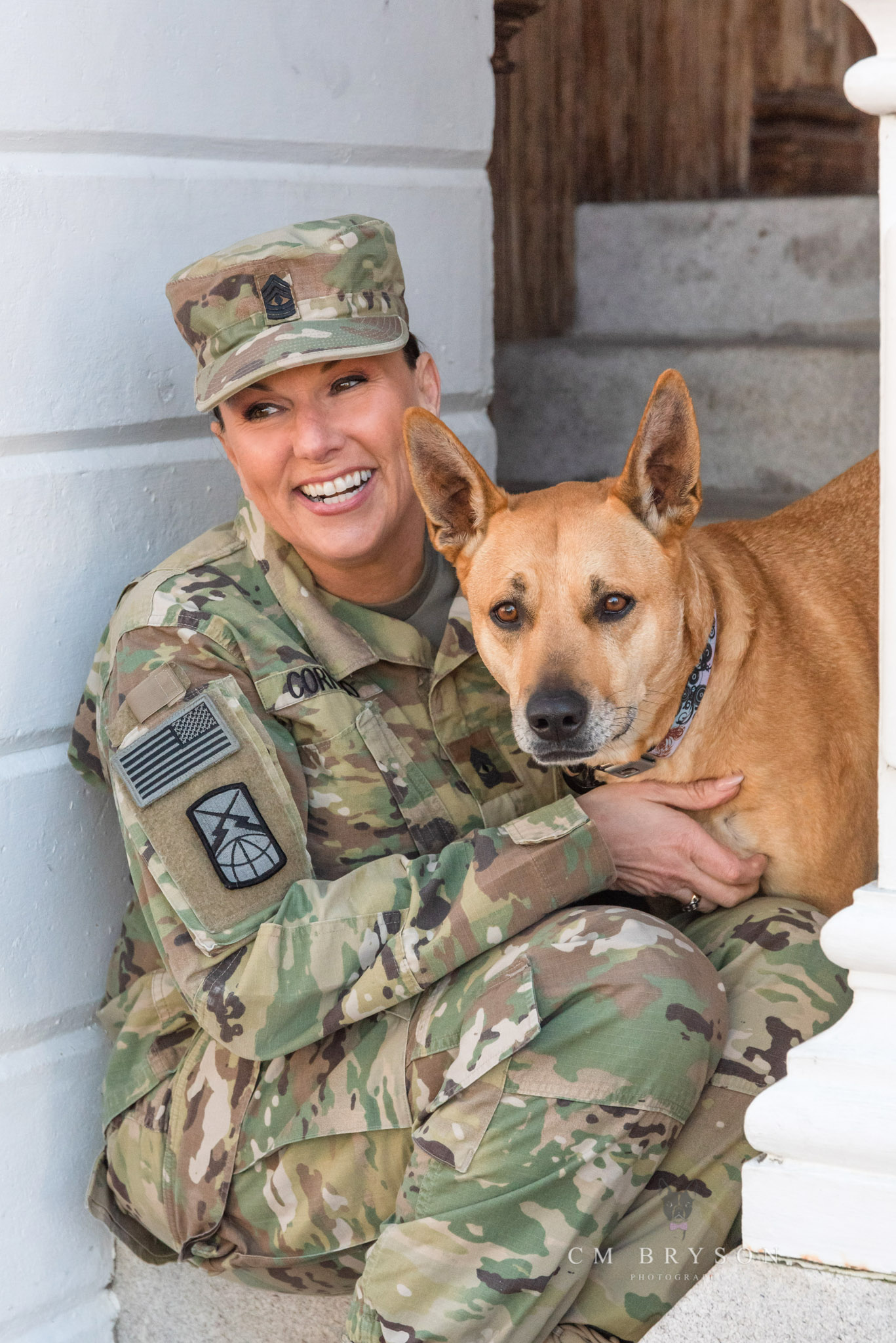 It was such a great experience and I conveyed to Dogs on Deployment how great it was and how awesome you were in preparing Kali, Kaos and I.  It was such a pleasure meeting you and Renee and working with you both. 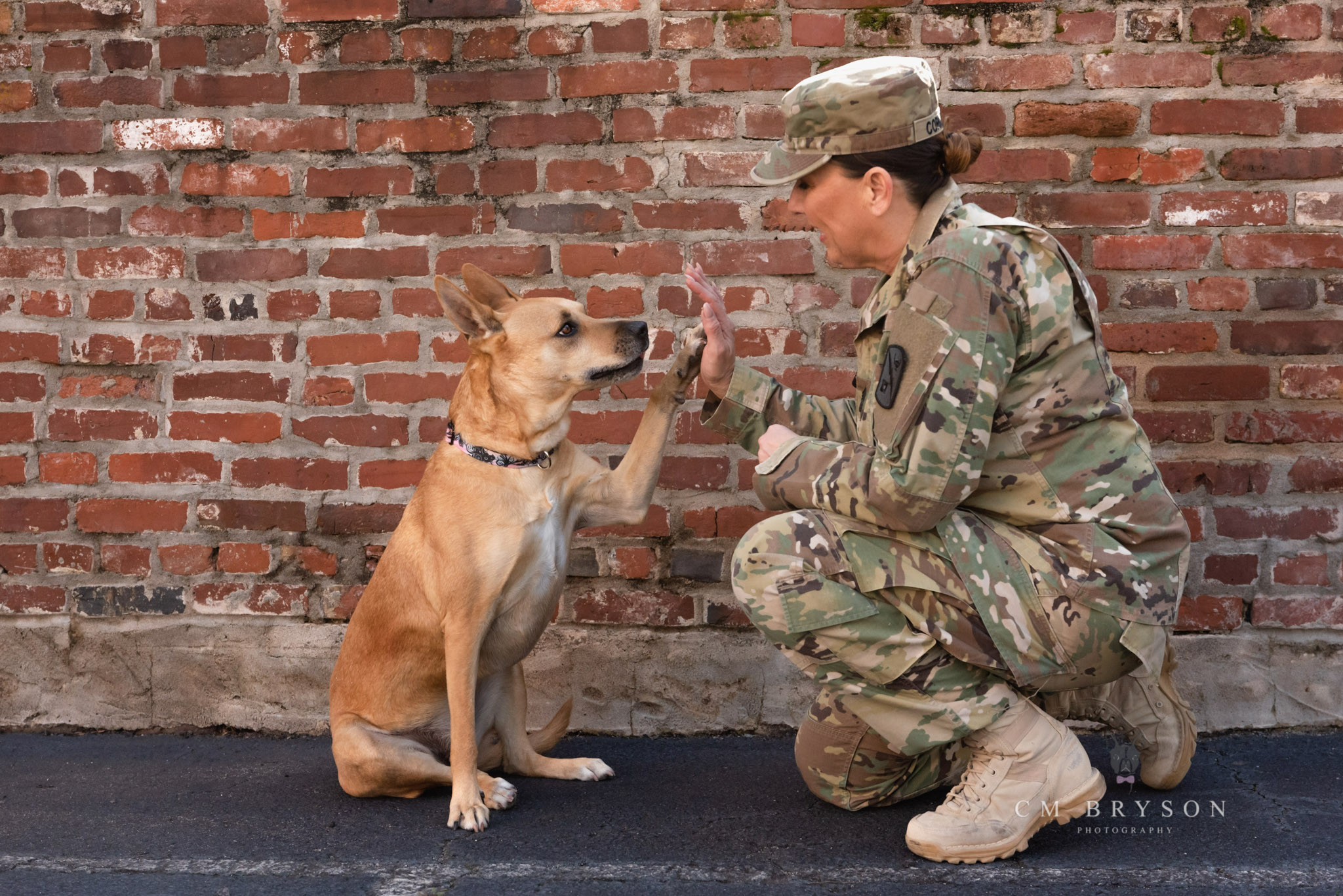 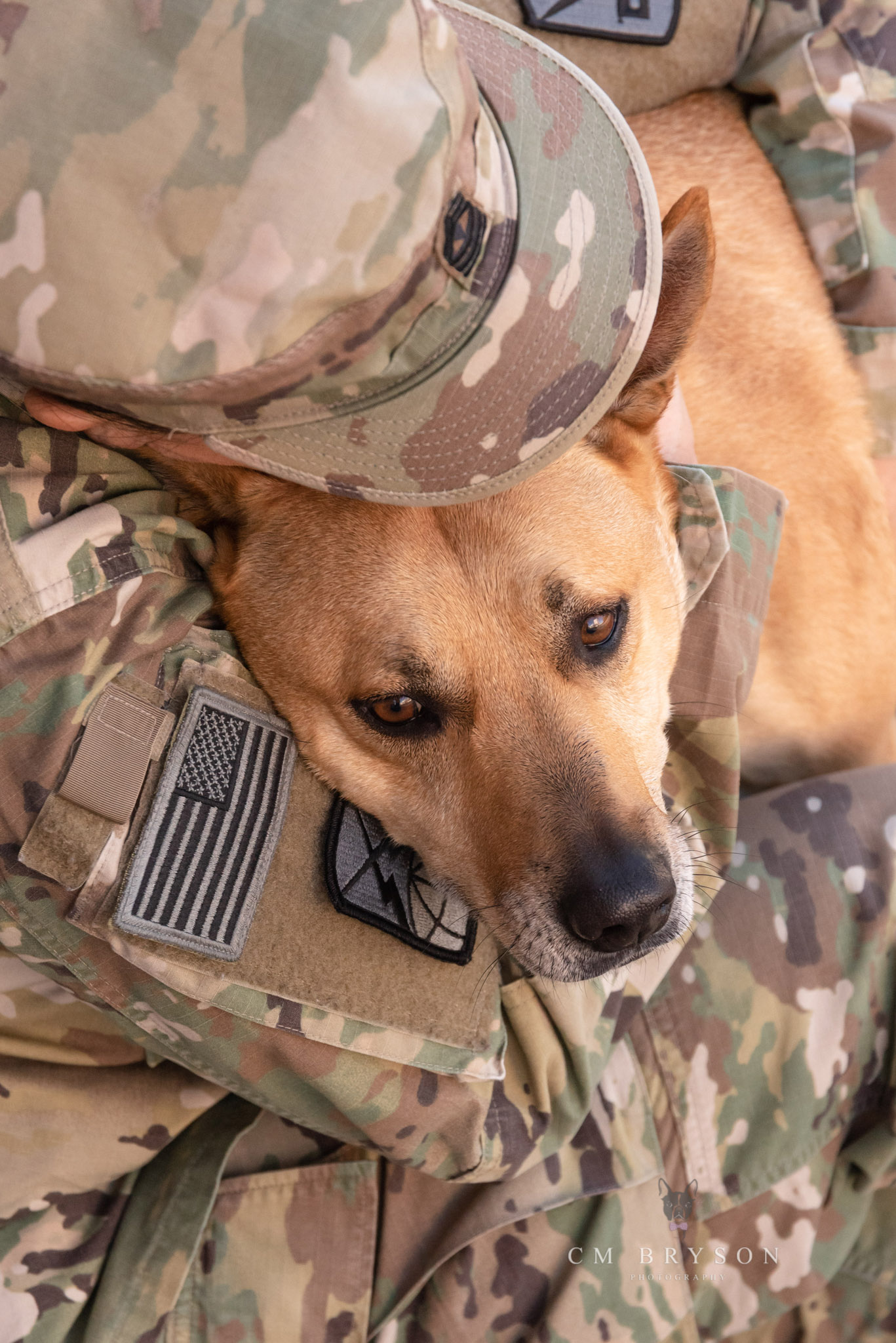 Watch for more of Kali & Liz

Images of Kali and Liz will not only be featured on the charity’s social media and website, pet owners may see Kali on the packaging of Operation Drool Overload, a pet treat by Lazy Dog Cookies who supports the Dogs on Deployment mission. 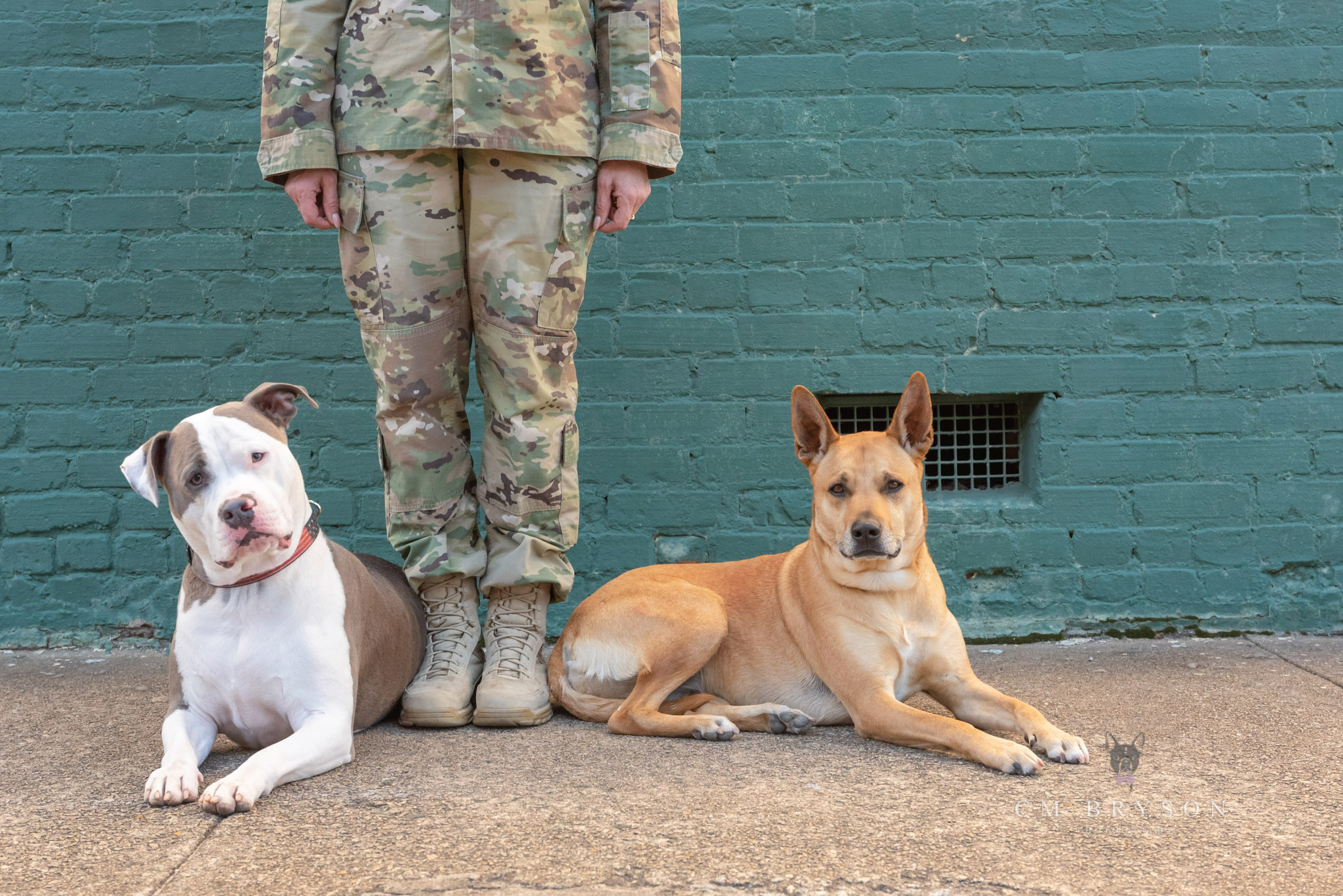 Want to learn more about creating a session for your dog? Send me an email today.

Looking for more of my work? Check out the portfolio for a peek at a few of my favorite images.
v