I never imagined my life would revolve around cooking fresh ground bison or catfish fillets every single day at promptly 3 PM to serve on top of expensive special ordered limited ingredient catfish kibble.

I’m happy to spoil my dog because she’s still here – she’s healthy, and playful, and getting shine back in her coat – and back in December 2020 & July of 2021 when she was hospitalized twice for nearly two weeks each time with talks about euthanasia, I didn’t know if she’d still be here.

Fair warning, there is discussion of sick puppies, vomit, and brushes with death ahead.

“If you have a dog, you will most likely outlive it; to get a dog is to open yourself to profound joy and, prospectively, to equally profound sadness.” 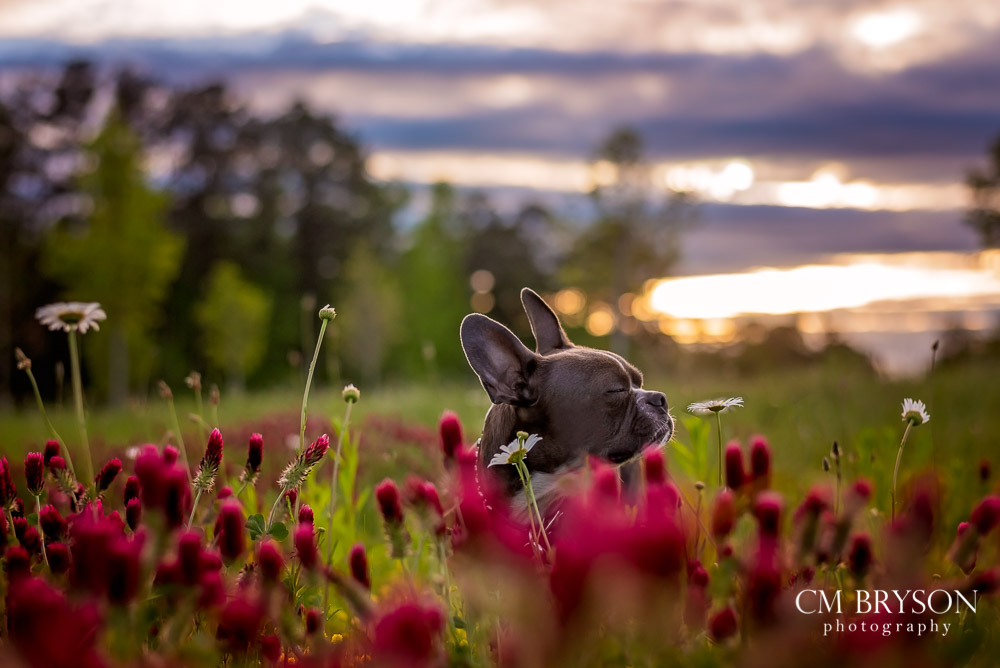 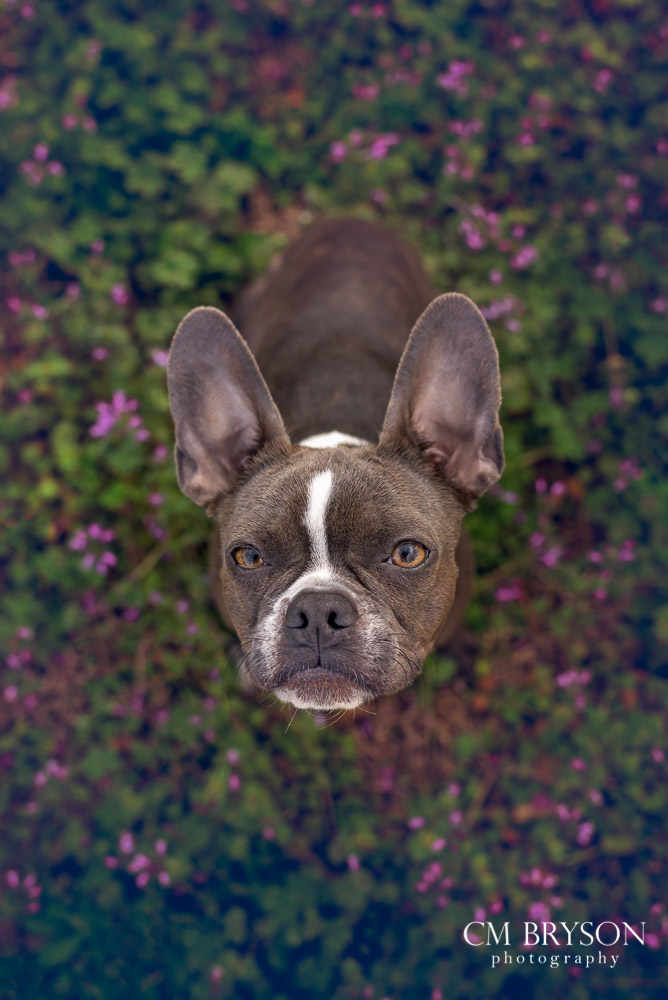 On April 27th 2016, Lira was born here in my home. Her mom & dad had been surrendered to the rescue I founded a few weeks before Penny gave birth to 6 puppies. I had just left for work and halfway there realized I forgot my wallet, so I turned around. I walked back into the room just as Lira was being born.
I immediately knew something was wrong as Penny moved Lira still in the birth sac to just outside of the whelping box and returned to the first born puppy. I moved to check on her and saw that she was moving inside the birth sac, so I gently pulled it away from her head. Almost immediately I saw something was very wrong. Where there should have been skin across her abdomen was just a paper thin clear membrane that was already splitting and oozing.
I called the vet and let them know we were on the way while I carefully wrapped her up with the backside of a puppy pad so nothing would stick. I loaded Penny & the first puppy into a box in the car and I held Lira together for the 15 minute ride to the vet.
Dr. Williams met me in the parking lot and we got everyone inside. He said he’d never seen anything quite like it and offered to stitch her up. She was too small for anesthesia, so he had two techs hold her legs and stitched her as best he could. He gave her a 5% chance of survival and said if she made it she’d need another surgery in a few months.
As you might have guessed, she beat the odds and survived. And then she beat the odds again at 4 months old when she survived a massive soft tissue surgery inside a reverse oxygen chamber to insert mesh and untangle her colon from around her heart at the university teaching hospital with a 50/50 chance. (I’ll share that story another time.)
We formed an incredible bond from the moment I pulled the birth sac away from her face so she could breathe. When she was nursing from her mom I couldn’t be in the room because she would stop nursing to come be with me. I have never had a dog so connected to me. And when she got sick in December of 2020, I have never been so scared.

In the middle of the night in December of 2020 Lira got up from bed and vomited on the floor at about 2 AM. By 6 AM she began having a little blood in the vomit. From there she continued to vomit about every hour until we got her into the vet at 8 AM the moment they opened their door. They admitted her, started medications, and IV fluids. She continued to vomit.
After 4 days hospitalized unable to keep anything down and on IV medications for nausea, antibiotics, and fluids and countless tests, x-rays, and ultrasounds my vet felt like he’d run out of options and send us back to the university hospital.
Lira remained hospitalized for another 7 days without a clear diagnosis, receiving supportive care and having her stomach drained via tube inserted through her nose. And then she started getting better. She came home with a best guess of idiopathic hemorrhagic gastroenteritis – which basically means “we don’t know what caused your dog to vomit blood for days”.
6 months later, Lira became ill again in exactly the same way. She spent another 12 days in ICU at the University Hospital without answers. Best guess this time was irritable bowel disease (IBD) or maybe a malabsorption issue. We switched to a hydrolyzed diet and ran more tests which ruled out malabsorption.
And then another 6 months, and another 2 week hospitalization. This time they called me to discuss quality of life and ask if we wanted to come in and say goodbye. She was really, really ill. She had lost 35% of her body weight, was completely uninterested in food, was having her stomach drained of fluid that kept filling up, and they just didn’t have any answers.
Even typing this makes it hard to breathe.
We went to see her, but not to say goodbye. Our girl was still in there, even as sick as she was she covered us with kisses. And she started to get better. She came home eating every 4 hours around the clock to build her body condition back up and taking 7 medications every day.
She came back home again without answers, but I had been busy. 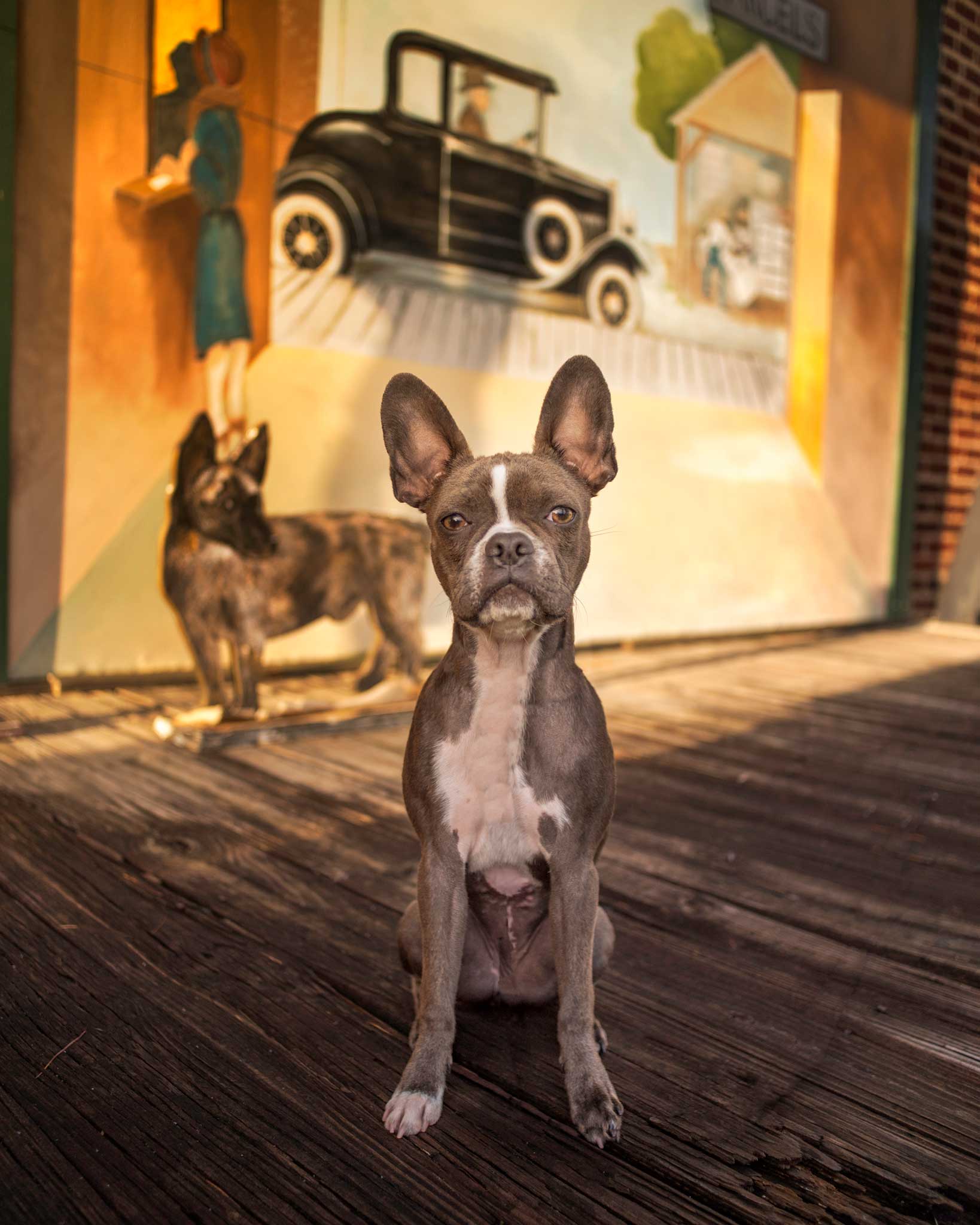 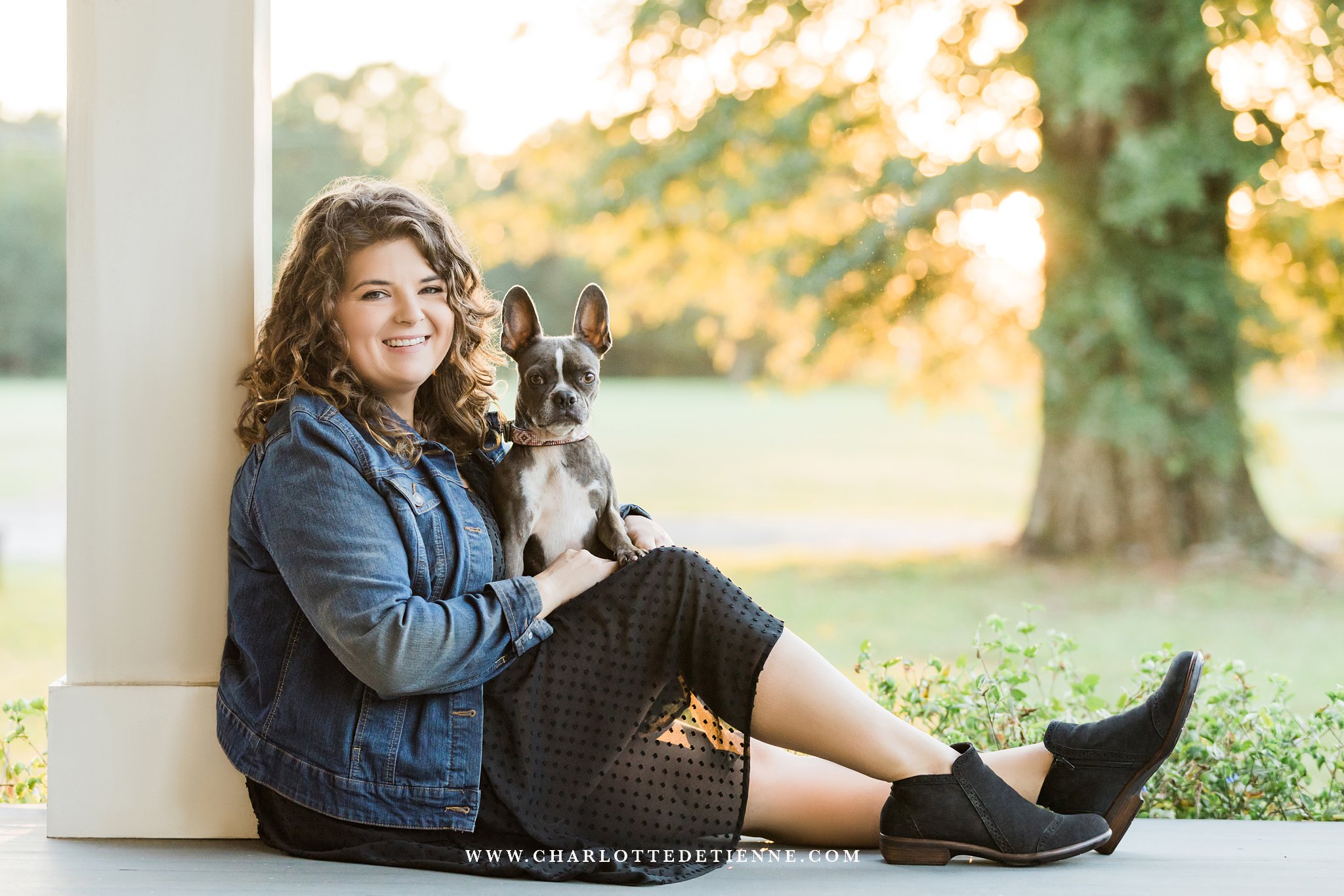 Being An Advocate for Your Dog

The university veterinary teaching hospital near us is one of the best in the US – and if they didn’t have answers I knew they wouldn’t be easy to find. I Googled, and read veterinary journals and articles, I reached out in Facebook groups to find people with similar experiences, I called specialists, I emailed people, I found vet “influencers” on social media and reached out to them. Since she’d first gotten sick we’d kept a log of everything she ate, every medicine she took, and every bowel movement. I knew someone, somewhere, would have an idea that might help.
And I found an internal medicine specialist at a specialty hospital an hour away. I made an appointment and prepared Lira’s history – a massive 40 page binder detailing her medical history (so while I know this is getting long, I promise it’s the short version!).
And Dr. Whitehead gave us some more possibilities. And we did more testing. We did a biopsy of the lining of her stomach and found a helicobacter bacteria (h. pylori) which he thought might be the cause. We treated her for h. Pylori and fingers crossed and knock on wood we’re nearly a year from her last episode and she’s the healthiest she’s ever been. She’s back to playing with the other dogs, rocking at her weekly canine nose work sessions, and going with me just about everywhere.
Dr. Whitehead recommended we keep her on a limited ingredient novel protein diet, so we worked with a veterinary nutritionist to come up with a balanced homemade diet. Lira gets bored, so we alternate between a ground bison base and a catfish base. She also refuses to eat any food that’s been cooked and refrigerated. Right now, I’m cooking catfish – 7 days a week to prepare her meals. And when she’s tired of catfish I cook fresh ground bison – 7 days a week. And I’ll keep doing it every day as long as I have the opportunity. 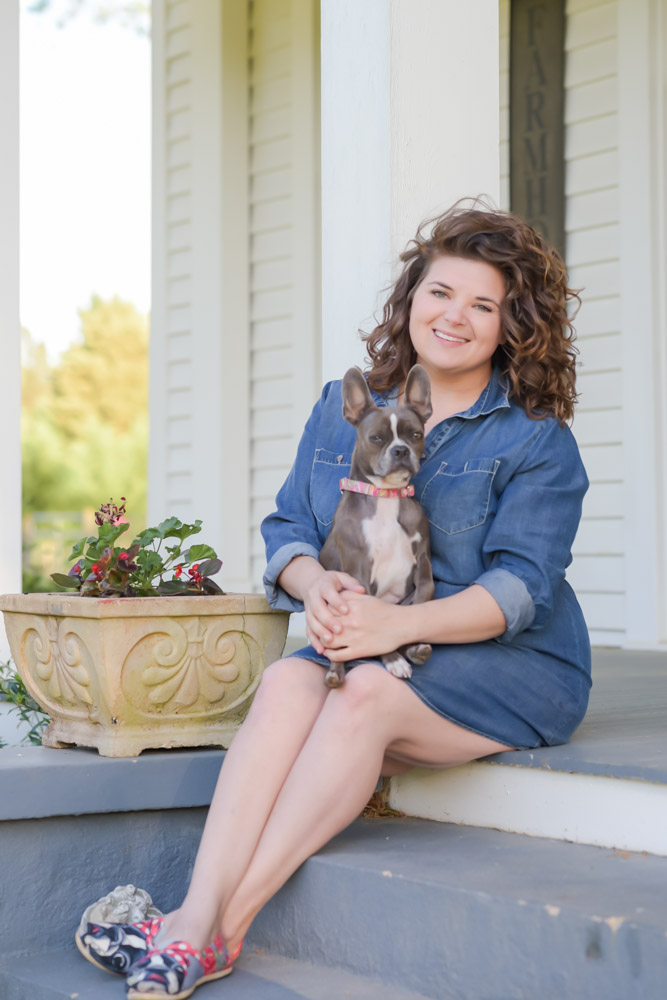 I have been told countless times that we’re spoiling Lira. That she’s “just a dog”. But she’s not “just a dog”, she’s my daughter.

This blog is a part of a blog circle with pet photographers from across the globe! This week we’re sharing our things we make for our dogs. Next up Carol Mudra of Apawture Studios in Milan, IT shares a “salute!” with her recipe for a favorite springtime mocktail she likes to make for her dogs, the Waghattan! 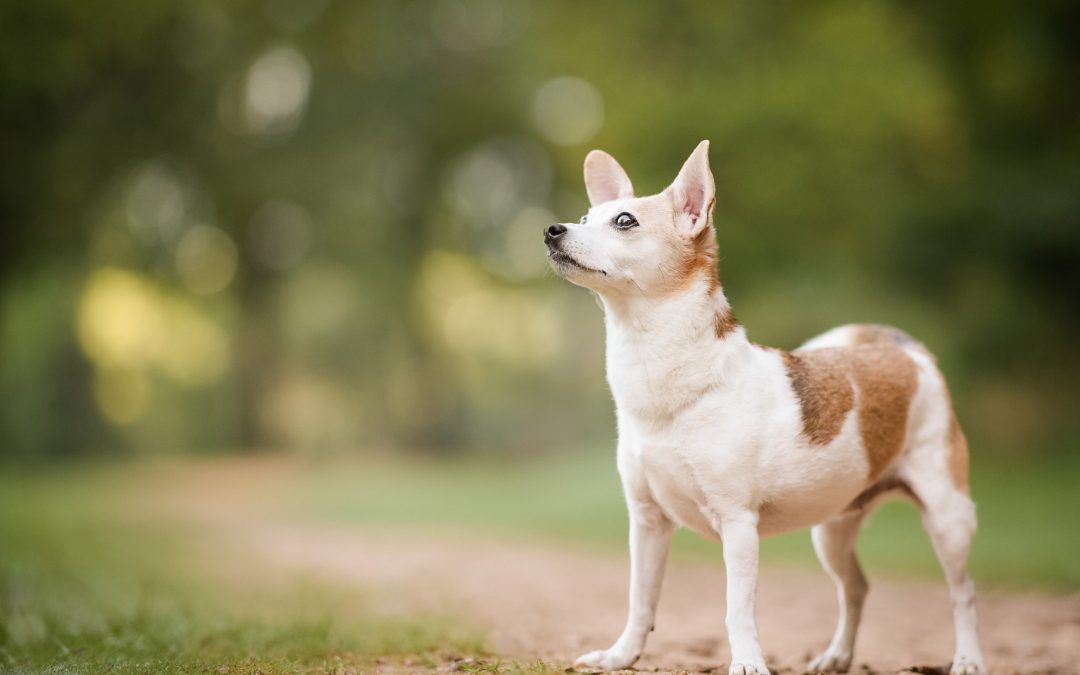 Learn Why A Sunrise Session Might Be Perfect for Your Dog

Let’s face it, getting up & camera ready before the sun comes up - especially on a day off work - might not be your idea of a good time. But what if I told you that a sunrise session might be perfect for your dog - and 100% worth snagging that extra cup of coffee?... 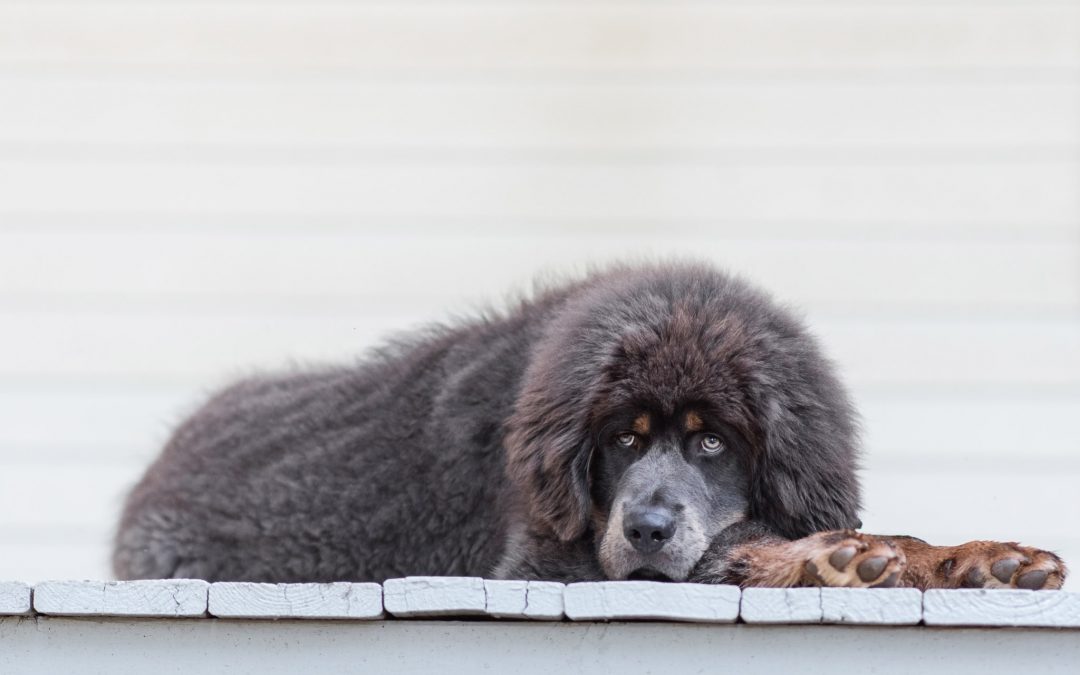 5 Must Have Photos from Your Pet Photography Session

What are the 5 Must Have Photos from your Pet Photography Session? Your camera roll is full of every possible pose from your dog you can imagine - sleeping, a running blur, sitting, tongue out, tongue in, etc and every single one is absolutely adorable! But, when it... 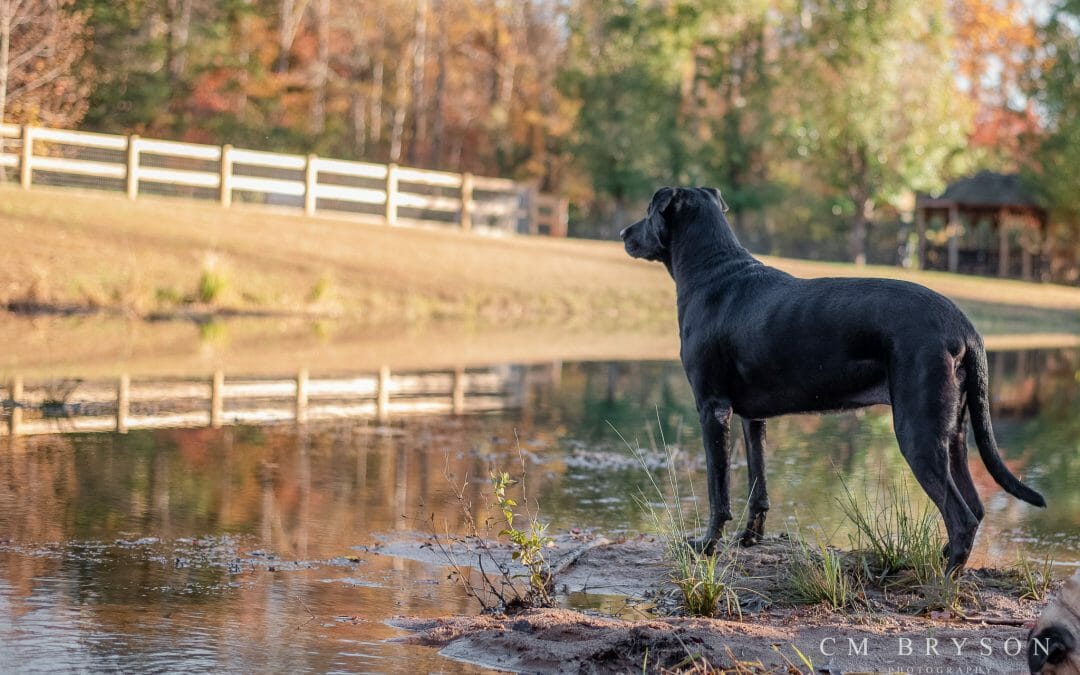 Yes, Even Your Dog Can Have Professional Pet Photos

How do you know if your dog can have professional pet photos? Maybe you worry that your dog is too: Hyperactive Reactive Untrained Blind or deaf Timid, Afraid, or Nervous In this blog, I’m going to share some tips & tricks I’ve learned as a professional pet...