When Hannah posted a photo of Maple on Facebook with her pretty red fur and giant ears, I knew I wanted to have her in front of my camera. I didn’t know much about the breed, but I loved her unique look. I also knew I wanted to photograph her in the evening with lots of golden light highlighting those fabulous ears.

I did a little research on the breed before meeting 5 month old puppy Maple and I’m delighted to say she was even more fun and playful and affectionate than I had hoped. I even got a kiss by the end of our session! 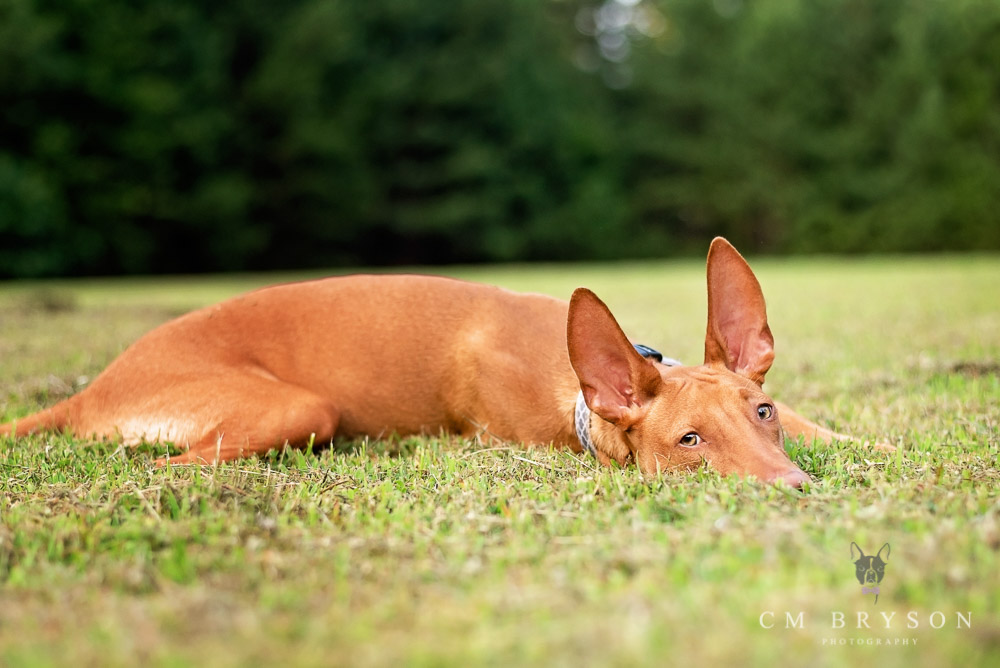 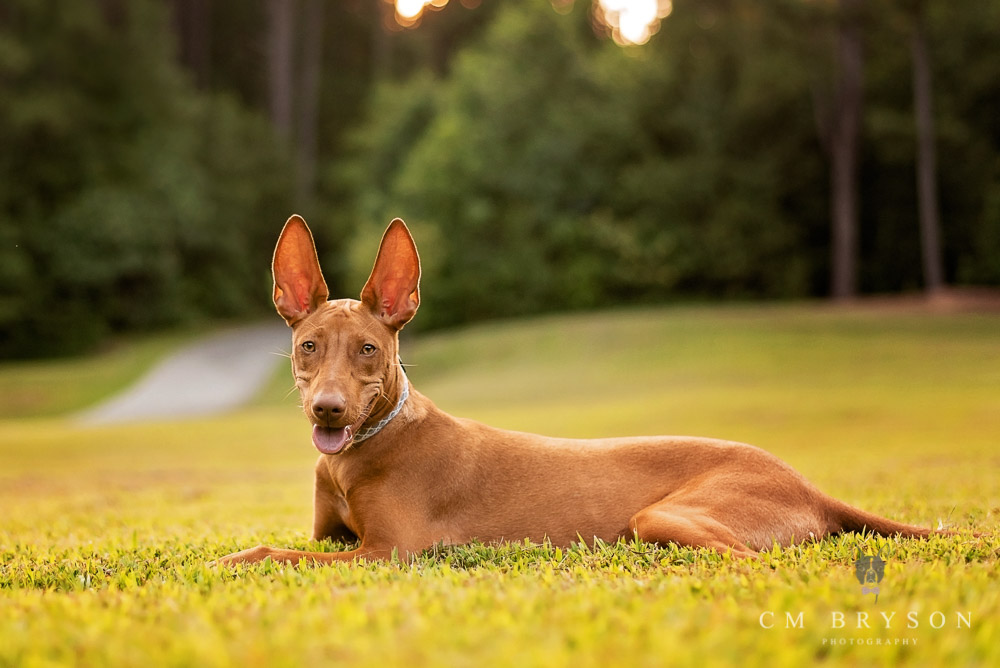 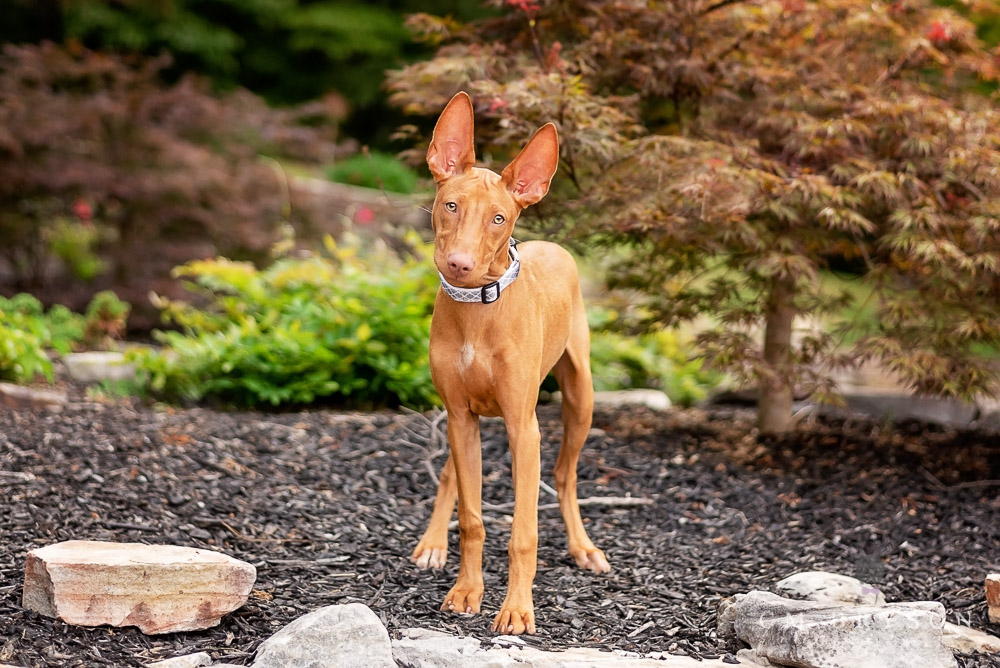 An artifact from 4000 BC depicts two Pharaoh Hound-shaped dogs hunting gazelles; a dog resembling the Pharaoh Hound was often depicted as the companion of kings and nobles in ancient Egyptian art; and a letter dating to the 19th Egyptian dynasty mentions a red long-tailed dog whose face glows like a God, a reference no doubt to the breed’s habit of blushing.

From Egypt, the Pharaoh Hound was imported into Malta by Phoenician traders. There they were called the “Kelb tal-Fenek,” meaning “dog of the rabbit,” after the prey the local hunters used the dog to catch. The breed thrived and became the official dog of Malta.

The Pharaoh Hound remained largely unknown in the west until arriving in England in the 1930s. The first Pharaoh Hounds were imported into the U.S. in 1967. The Pharaoh Hound Club of America was founded in 1970, and the breed was officially recognized by the American Kennel Club in 1984. The Pharaoh Hound is still an uncommon breed, but he can be found throughout the world, wherever people appreciate his unique appearance and personality. 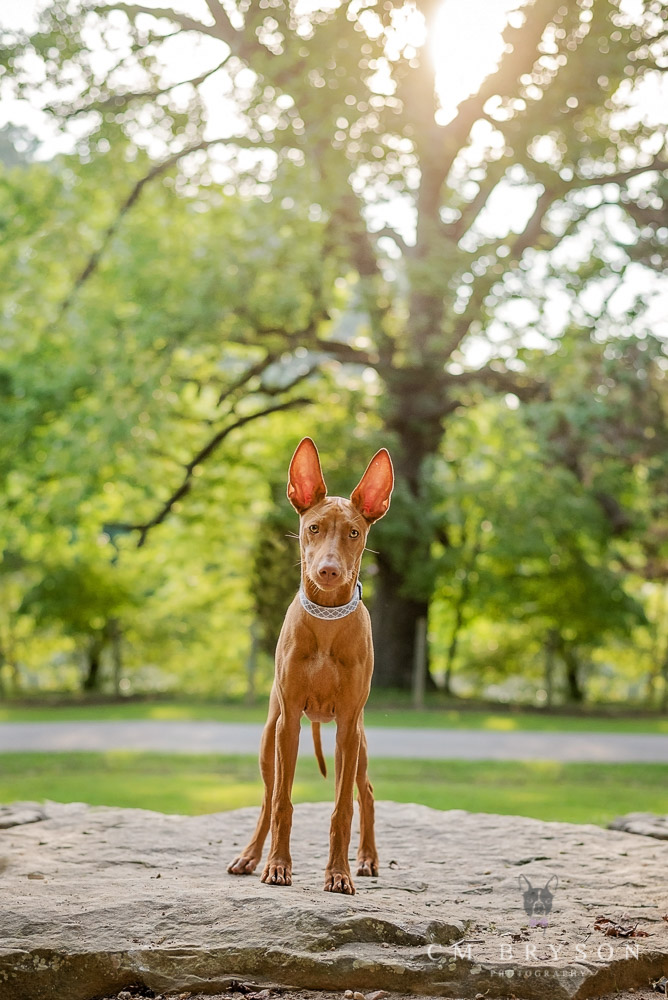 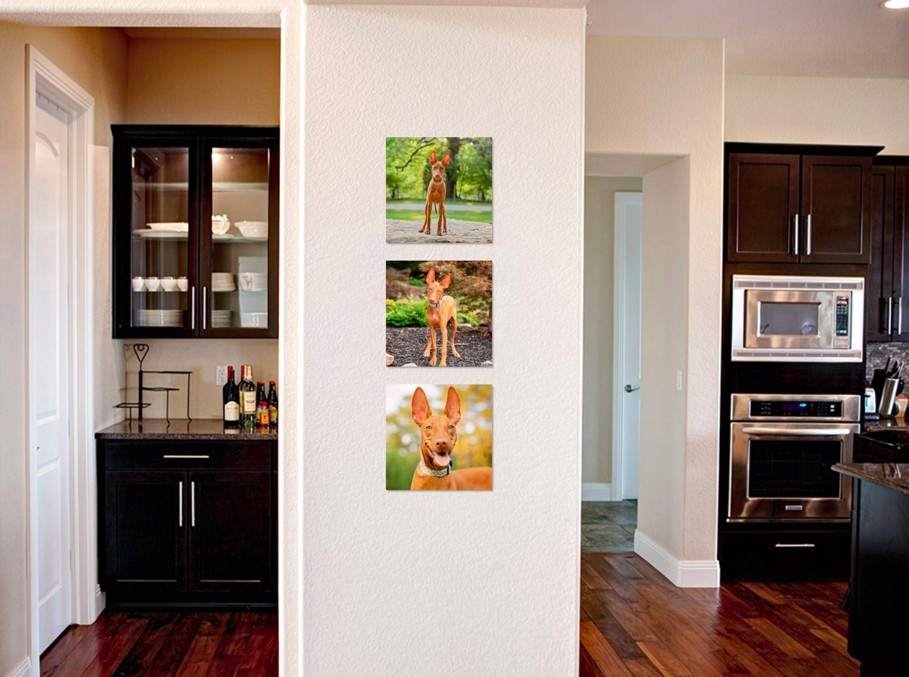 The very best way to enjoy art is to live with it. I smile every single day when I pass by any of the portraits in my home. I get to talk about my favorite things with guests when they look at the portraits I love.

One of the things I hear is that people don’t have room on their walls for large art, but here’s the secret. You don’t have to have a huge space to hang the art you love. I can help you design a beautiful gallery to fill any space.