We’ve all seen the meme of the teeny tiny list of “People I Trust to Watch My Dogs” and when you’re trusting someone to not only interact with your dog in new situations and asking them to capture your dogs personality, the list is even shorter!

I don’t just photograph dogs, I know them. Over the last ten years I’ve photographed thousands of shelter animals and hundreds of client’s dogs. I have spent years honing the craft of photography, but even more important I dedicate dozens of hours every month to ongoing learning about dog behavior. I have worked with dog trainers, attended seminars, and only practice positive reward based training with my own dogs, and in every one of my sessions.

But, don’t take my word for it, read what my clients have said about the experience they shared with their beloved dogs & cats. 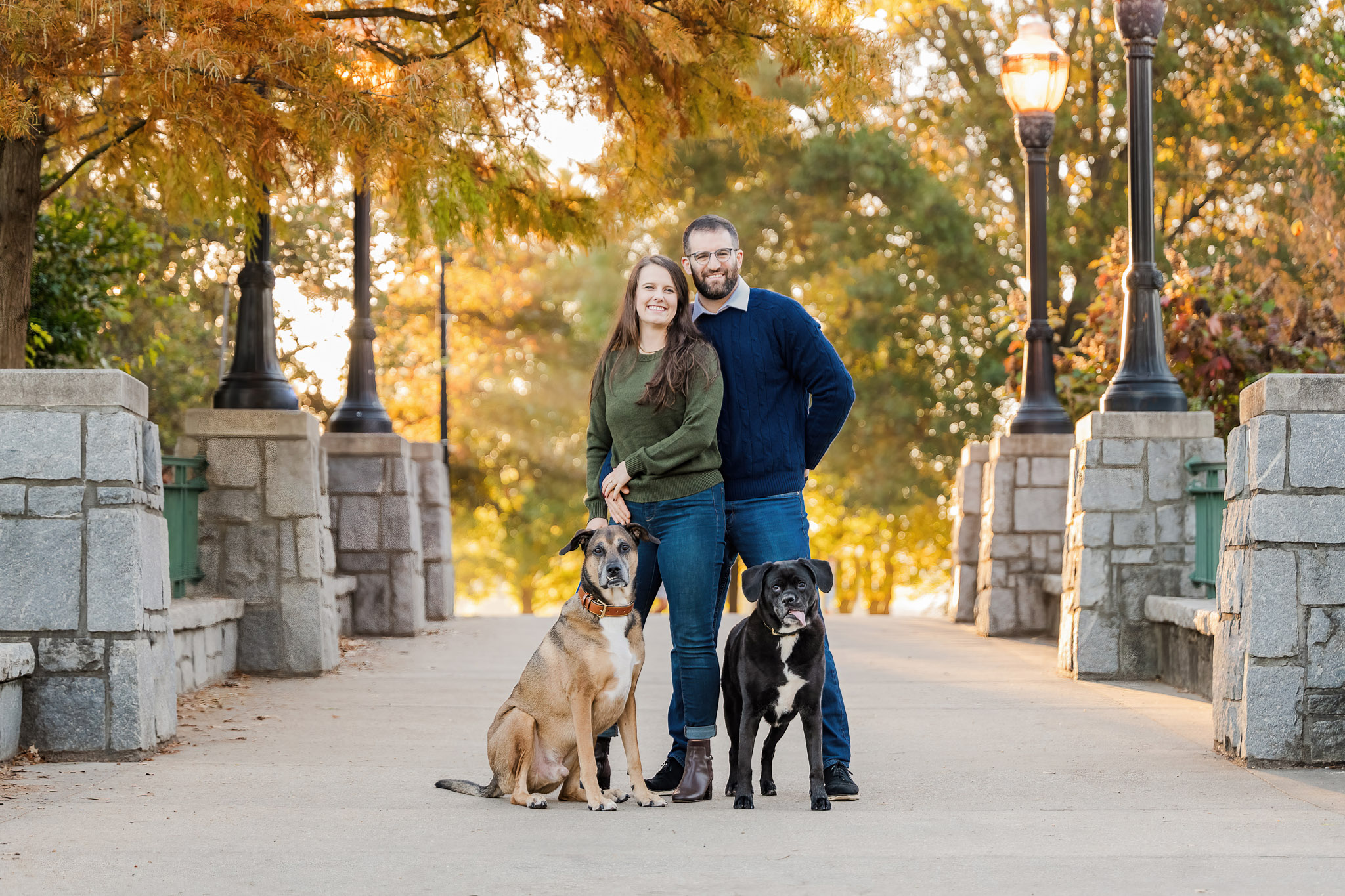 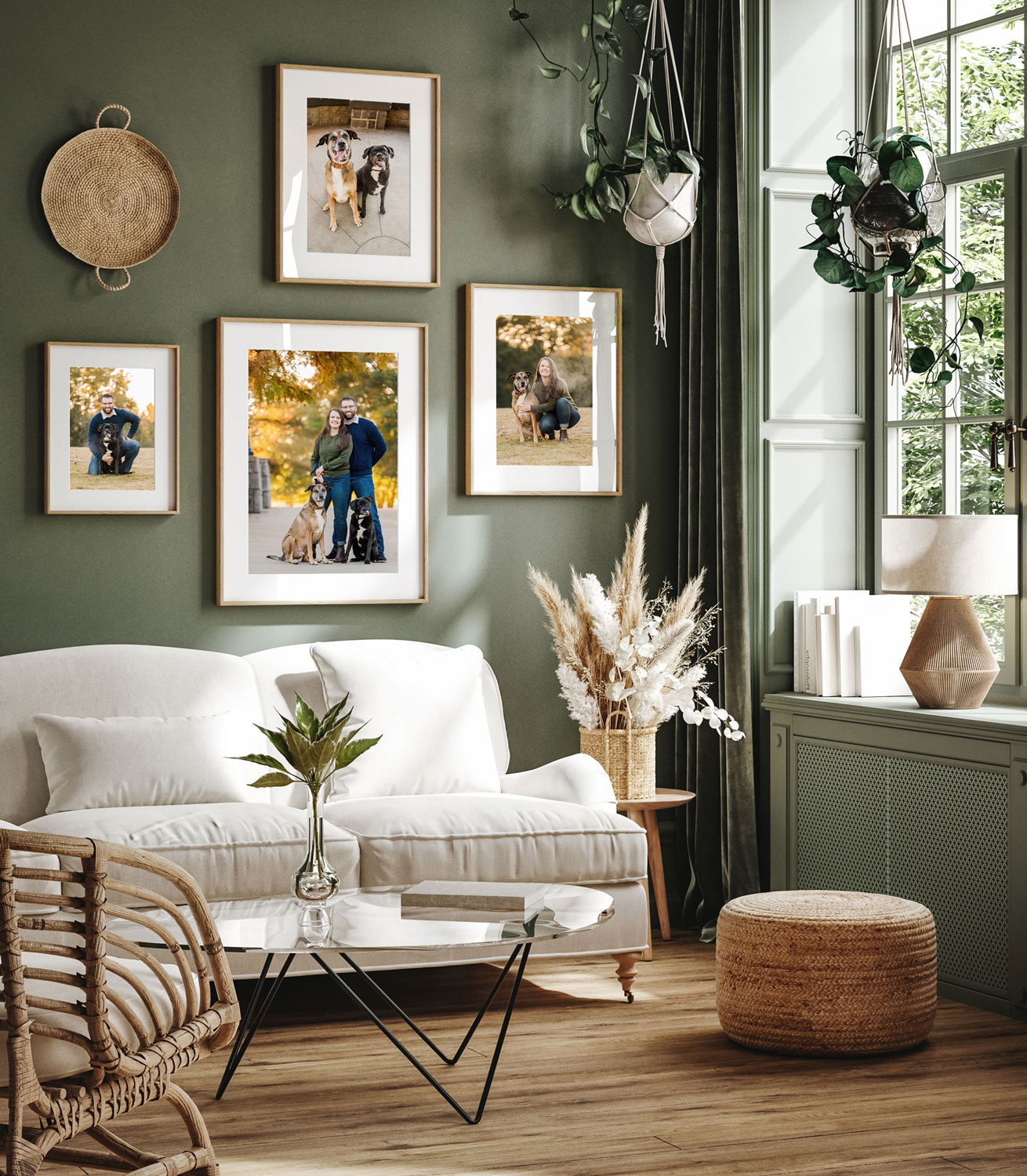 My fiancé and I met over 8 years ago and bonded because we each had a rescue pup that was our entire world. Neville (shepherd/hound mix) is my partner in crime and Barkington (boxer mix) is Seth’s.

Our boys became thick as thieves and are regularly referred to as the “most bonded pair” at their doggy day care. Barkington is full of sass and bosses all of us around – despite being the smaller of the two. Neville is sweet as can be and wants nothing more than to sit in your lap (even though he’s 80+ pounds).

We love taking our boys on lots of long walks, hikes, and to parks all over Atlanta. Our boys mean the absolute world to us and we’re so thankful to have beautiful photos that capture them so well!

My boys were getting older and had a few health scares. I had talked about doing photos for a few years, but this seemed like the right time. I was most worried about my boys behaving and being able to sit still.

I know you promised 1000 times that they were behaved and that we for sure got some good shots – I was still worried after my boys were so chaotic during the shoot. Once I saw the photos though, I was absolutely floored – they were perfect.

I love the album – it’s such a beautiful keepsake of my boys that I proudly show to anyone who walks through our front door. 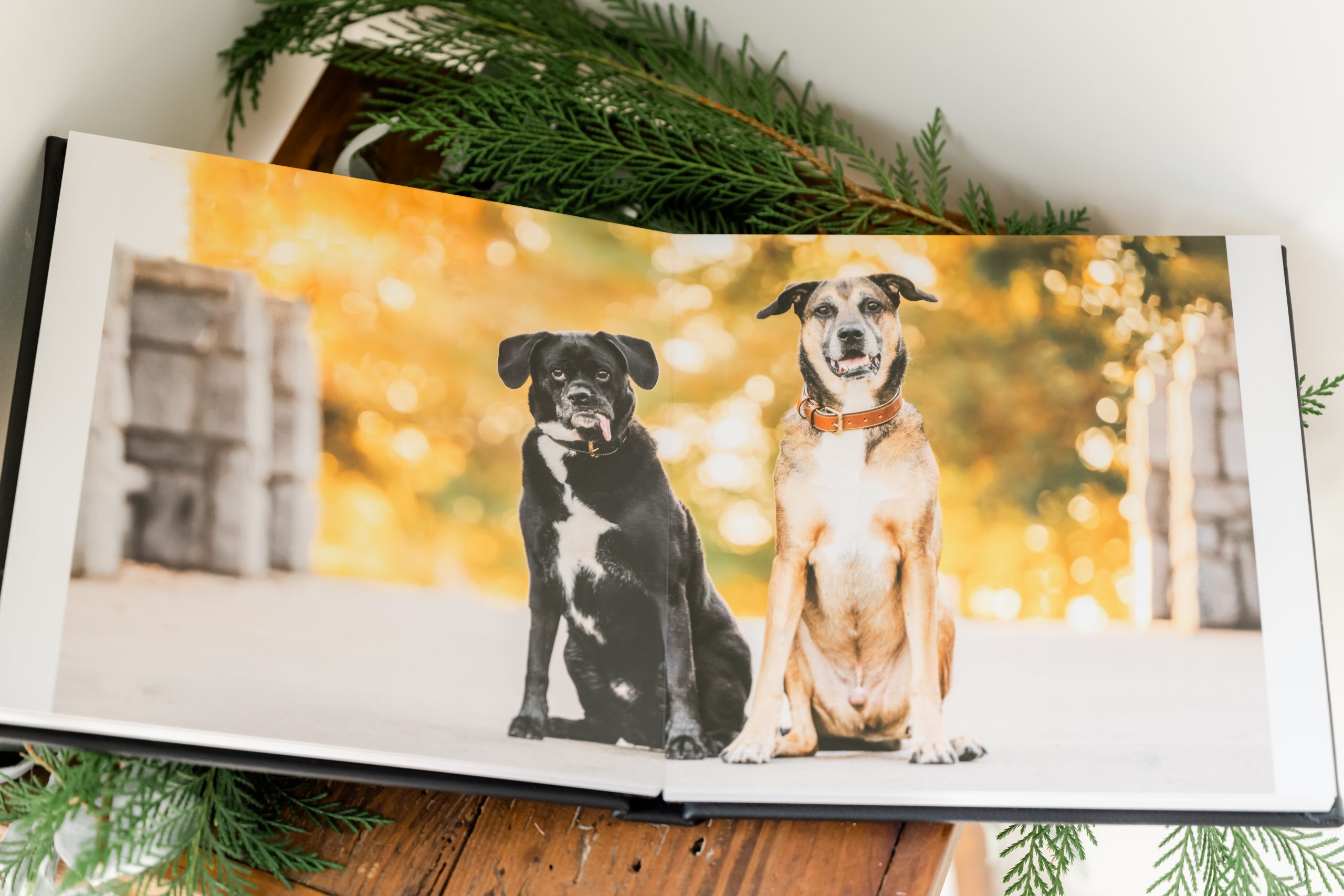 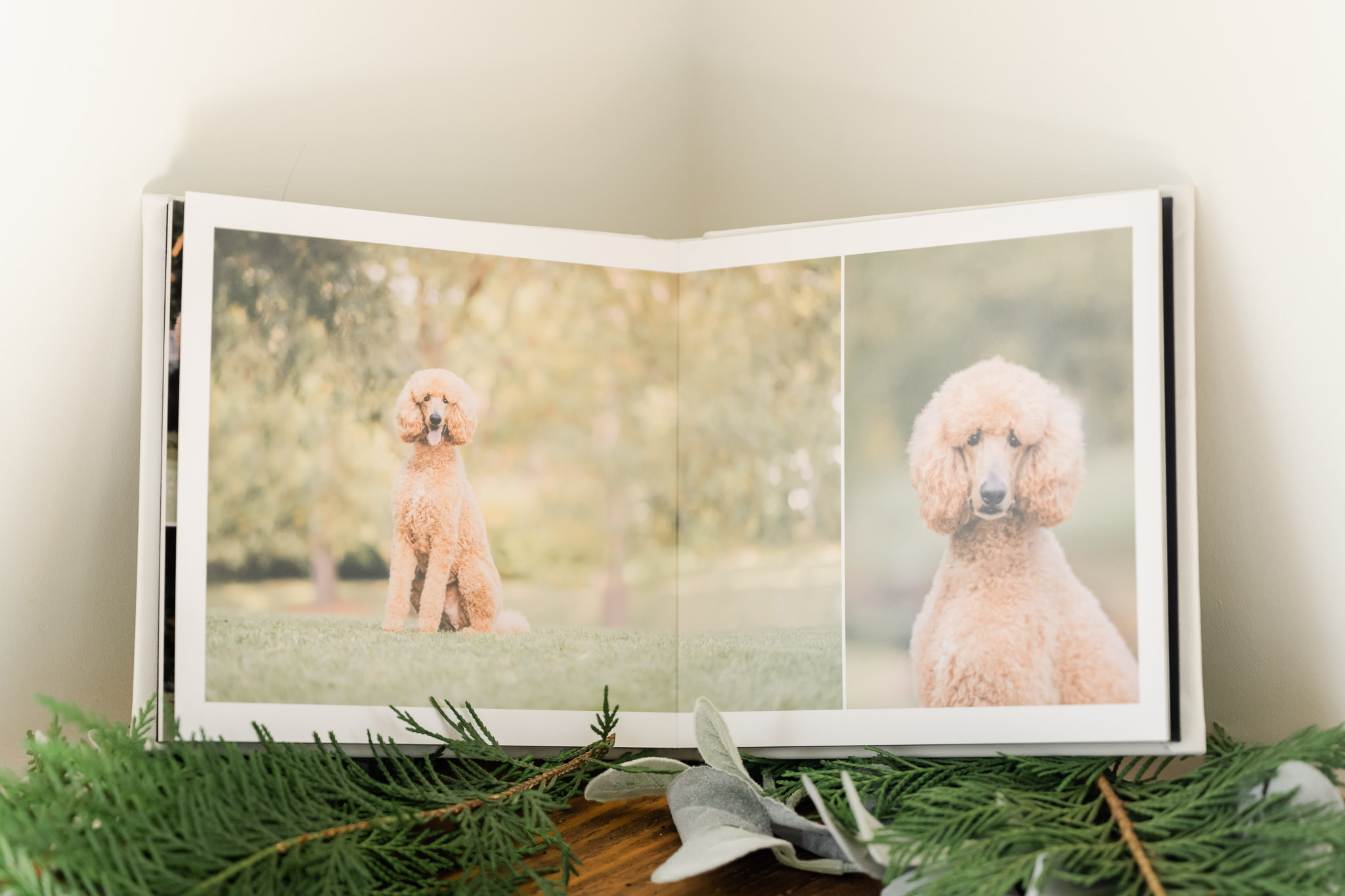 “When we first met for our session, Courtney spent time greeting Nelson. She put him at ease and gave him time to get used to the camera with a few warmup shots. It’s really great how she erases the leash from photos so it’s not necessary to shoot off leash.” 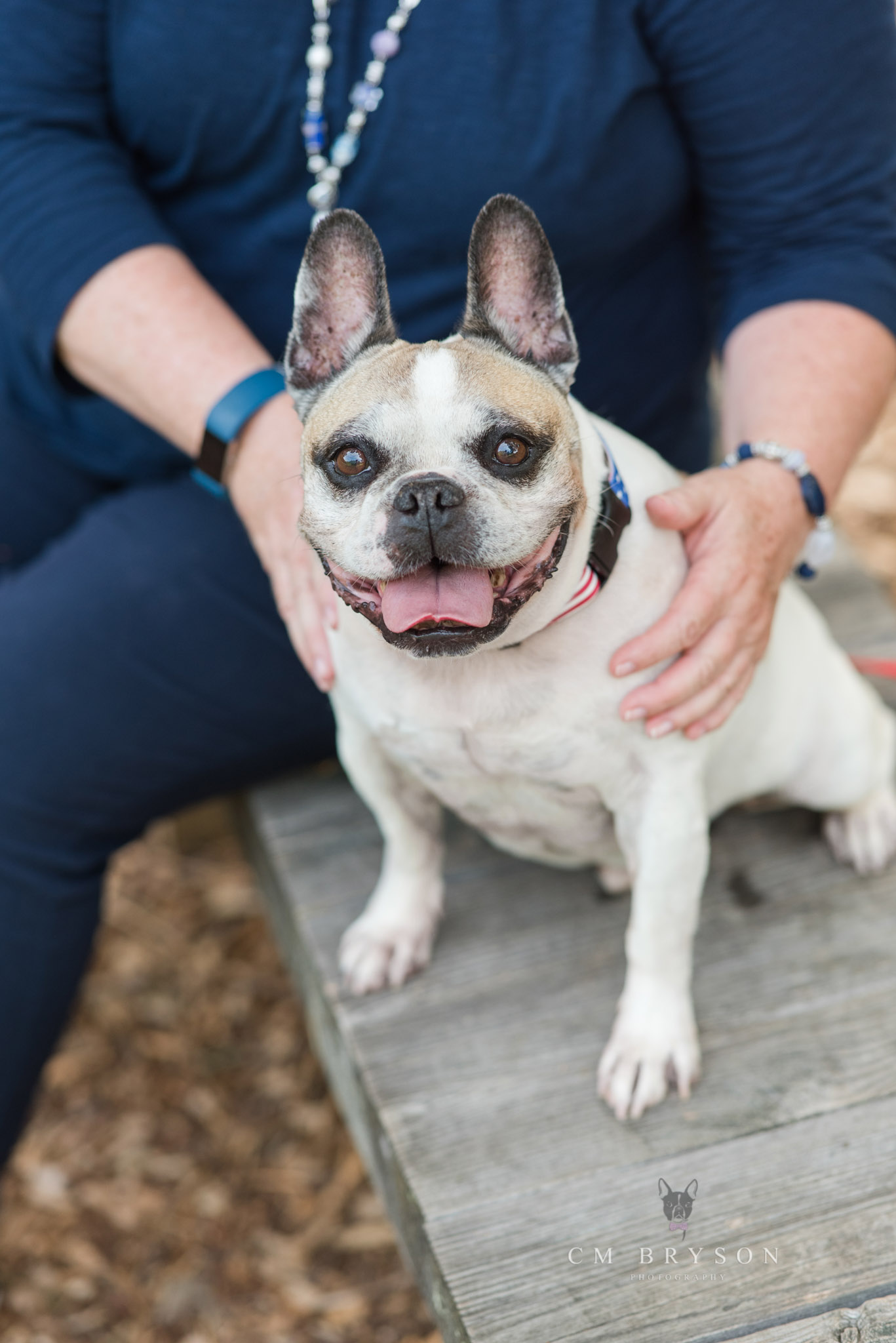 Very thrilled with the photos and the artwork of my precious doggie and me. These are our family photos!!! Courtney is professional, patient and knows how to get the great photos. She was even very cognizant of my dog’s reactive tendencies to other dogs in the photo setting. I highly recommend CM Bryson Photography. She has the “Dozer” stamp of approval !! 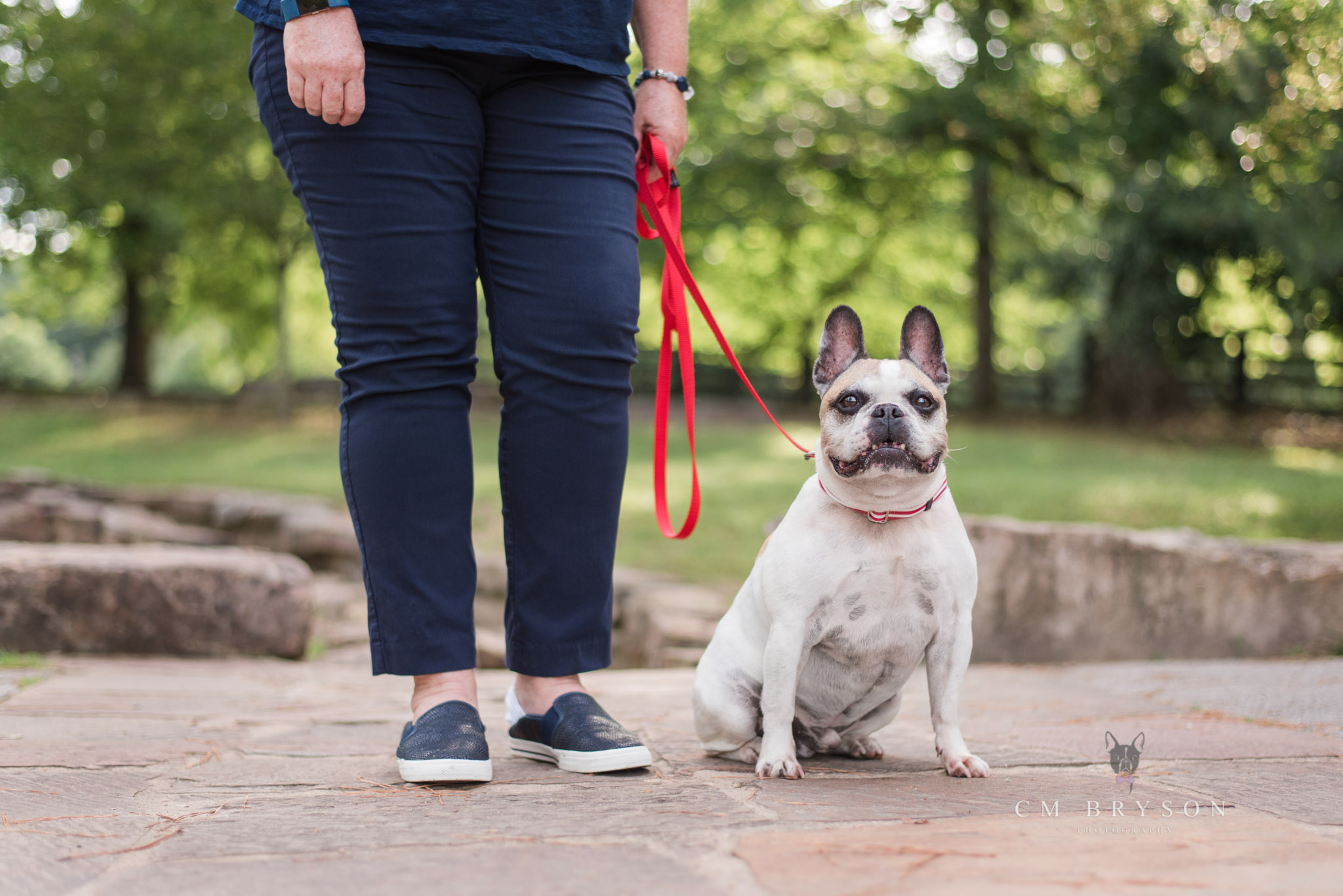 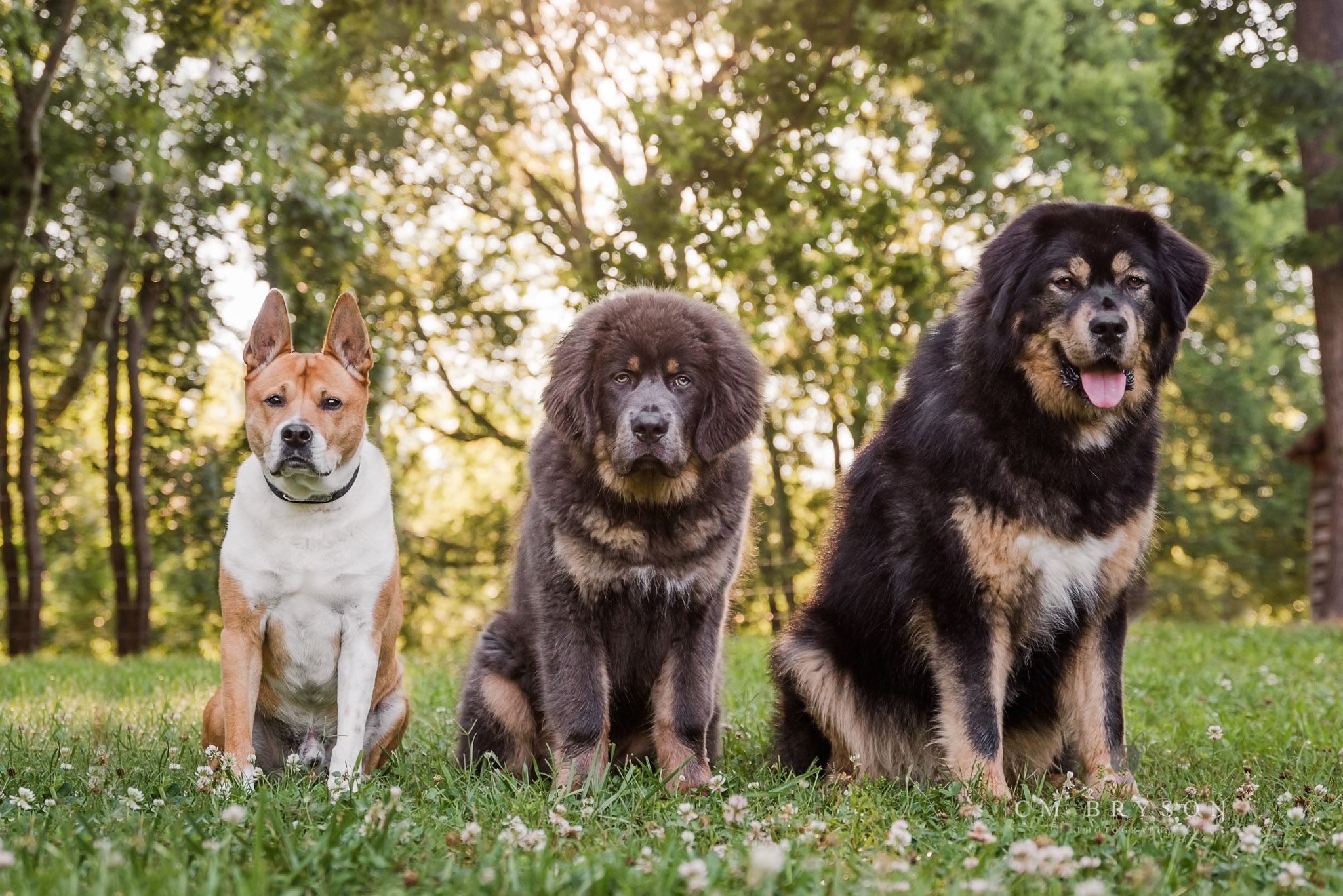 “Courtney did an amazing job with our pups! She really made everything fun and the dogs were comfortable around her immediately. We had a hard time narrowing down our picture choices because everything was so good. Highly recommend.“ 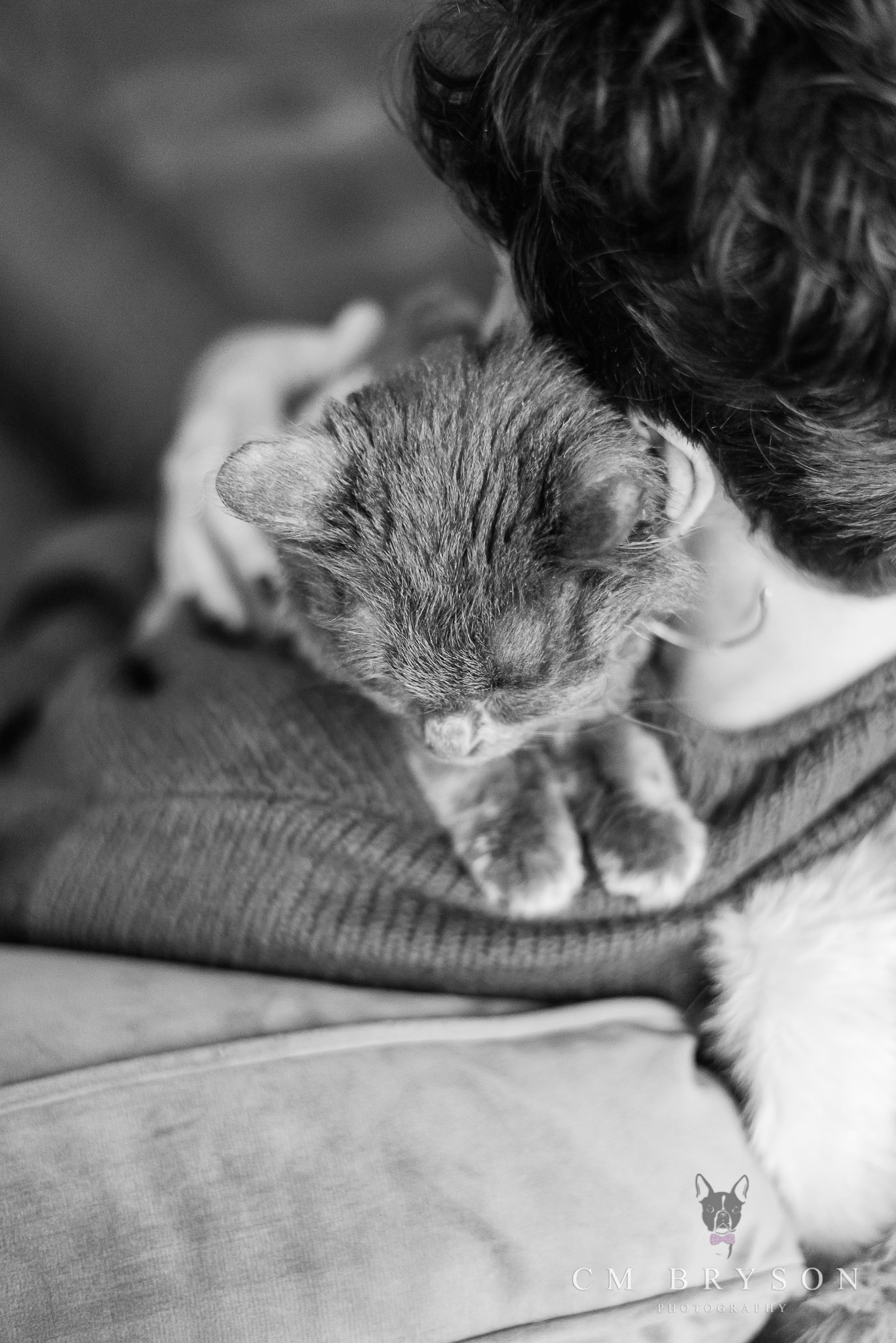 “I was beyond thrilled with my photos! The entire process was seamless, from booking to receiving my photo items. Courtney has a remarkable eye, and a very nice way about her when it comes to interacting with the fur babies. Courtney was instrumental in capturing a very special moment between my ailing cat and I. I am so grateful she was able to capture such beautiful images that will be forever with my family! I highly recommend her services!” 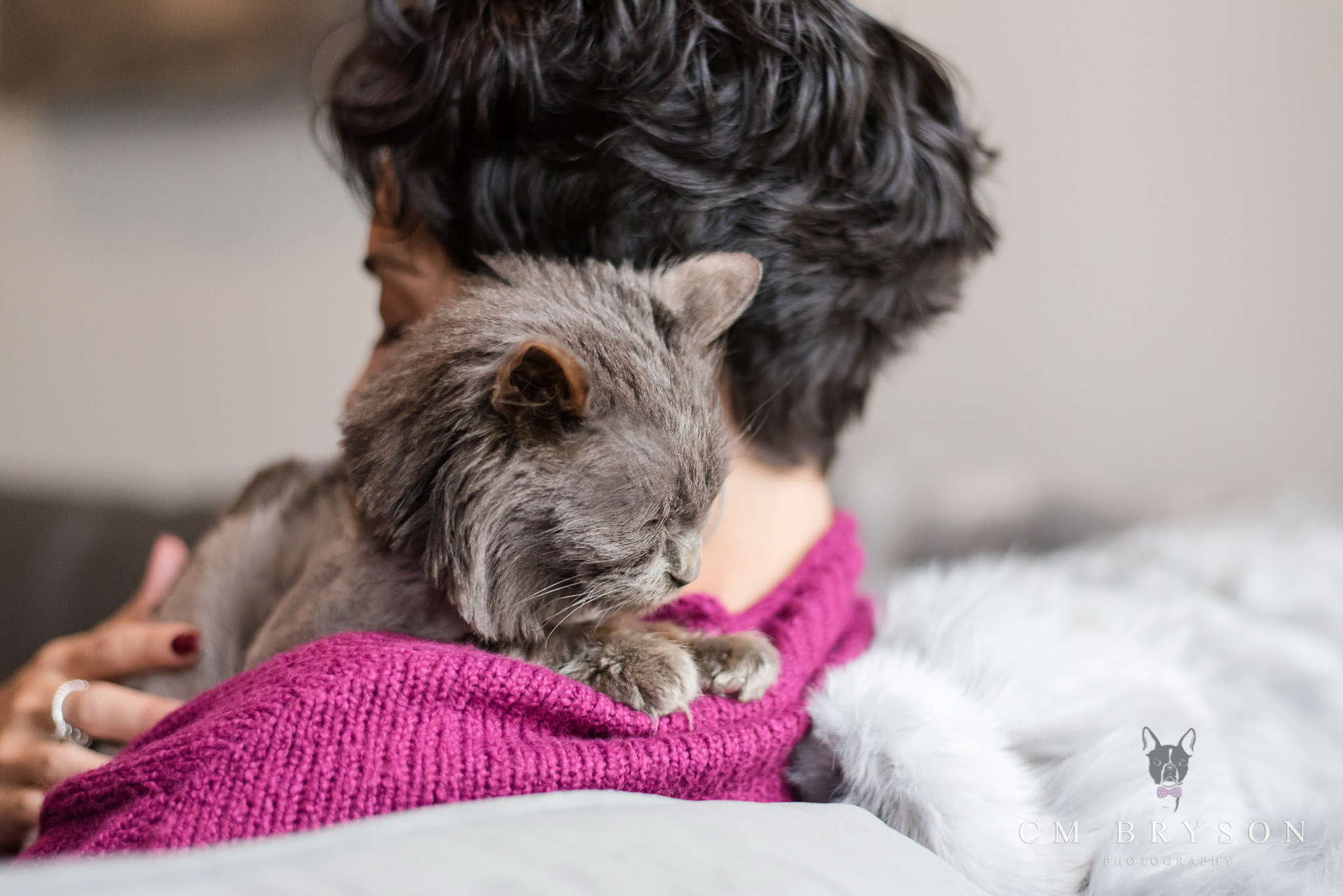 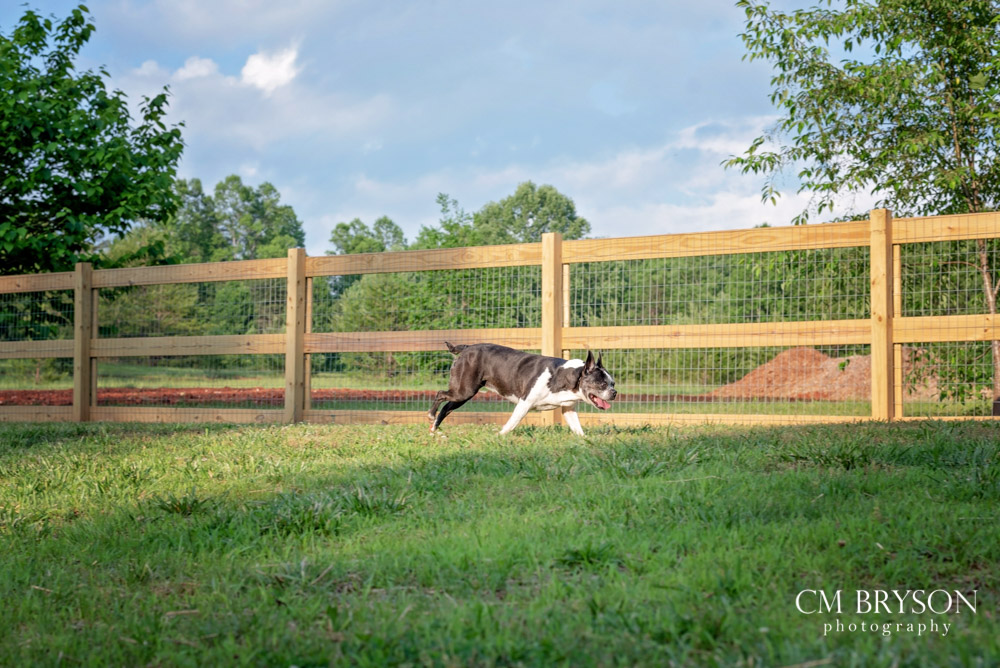 “Courtney Bryson has the unique ability to get the best out of the people and their pets. I have admired her work for years. She captures the essence of human dog (pet) interaction. Courtney has an uncanny ability to capture through her lens a dog’s personality. Not just that. She seems to get their essence. That which makes them who they are inside and out.“ 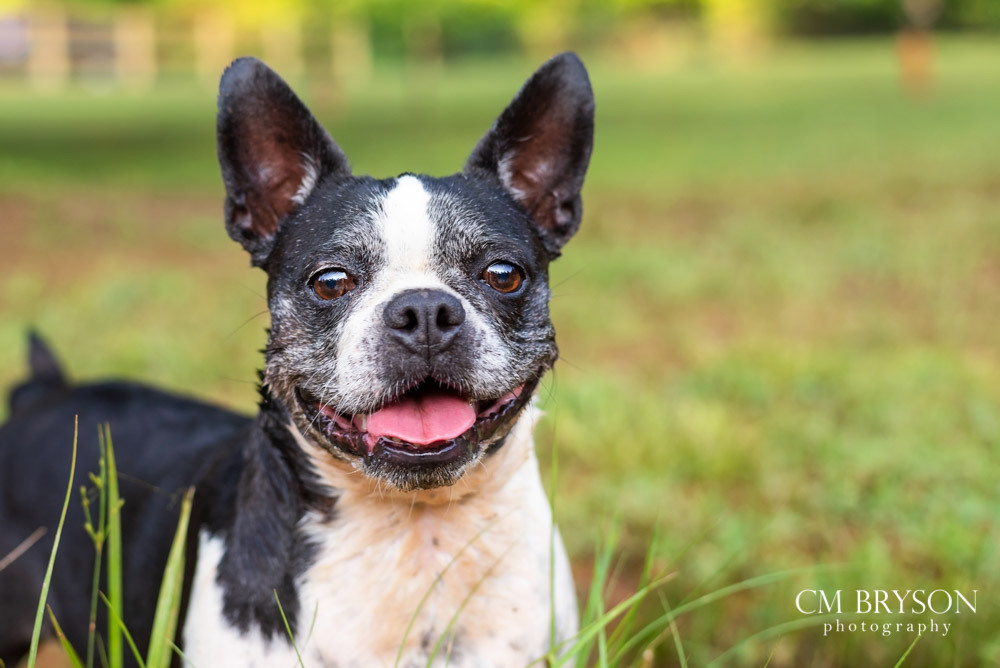 "Such a wonderful experience! A true professional with has an exceptional knack for animals! Totally recommend!"

"I am thrilled with the outcome! This will get a very special place in my home."

"I had such a great experience with Courtney! She ensured not only that the pups were prepared but that I was also. I had a detailed checklist of what to do to prepare before the shoot. From how far in advance to get the groomed/bathed to Coloring/cutting my hair in advance (if needed), what color and texture of clothing to wear for the best results, recommended collars for the pups. I think she had everything covered. Courtney was very patient with all of us :). If you are looking for photos with your furry family, I would absolutely recommend her!"

"We were lucky enough to attend the Love Barks event at Pet Pleasers Bakery in Gainesville, and Courtney captured some amazing photos of my dogs. It can be challenging to get them to sit still, but Courtney is a pro! Everything was set up perfectly to maximize our time there, and she is so fast with that camera. She was even able to Photoshop my hand + the leash out of several of the photos. It was a great experience, and we look forward to doing another session with Courtney soon!"